Barbers and pubs in demand as Tullamore reopens 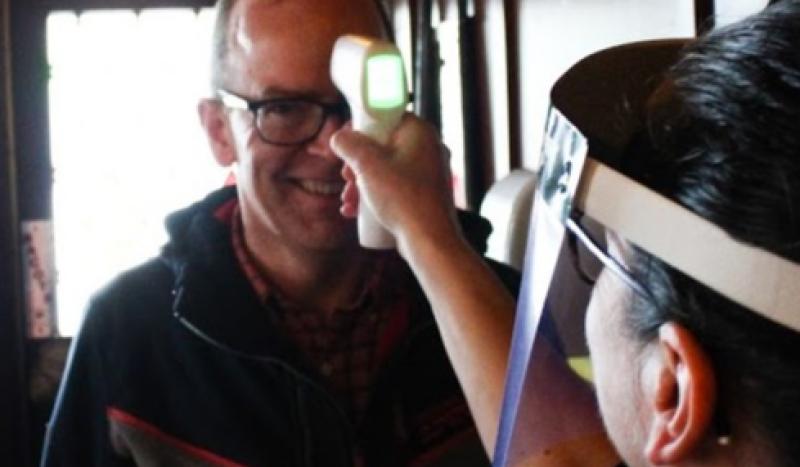 QUEUES of people formed outside town centre barbers in Tullamore early on Monday morning with determined punters anxious to get their first haircuts in over three months.

Other barbers, whose doors remain closed, operated a strict booking-in policy with customers being allocated a set time for their haircuts.

Public Mass was celebrated again with upwards of 45 people in the congregation at 7.45am though much of the interior of the Church of the Assumption remained cordoned off.

Publican Paul Bell, of the Brewery Tap, reported a brisk trade with many of his regular customers returning after their enforced absence.

The High St hostelry operates a thriving lunch trade but Paul stressed that the new environment was “more challenging”.

“The whole floor area has been spaced out differently to allow for social distancing,” said Paul.

All customers have their temperature checked on entry and their details are kept while hand sanitisers are also placed at the entrances.

“All our staff are wearing face visors, covers are placed on the plates and everything is table service,” outlined Paul.

He stressed: “If customers are confident they will keep coming back.”

The publican said a new state of the art kitchen had been put in place upstairs during the Covid-19 lockdown, a development which had been planned for some time.

Some diners also took the chance to order alcoholic drinks with their meals.

Customers aren't allowed to sit at the bar and all business is strictly table service with a full complement of staff on duty.

He added that the popular Monday night music session at the Tap would not be returning for some time.

Tullamore Chamber of Commerce President, Roger Guiney said it was great to see “a bit more life” back in Tullamore but warned that it was “a long way back to normality.”

He said businesses needed more clarity on the issue of rates and called on the Government to extend the wage subsidy scheme beyond the planned August cut-off.