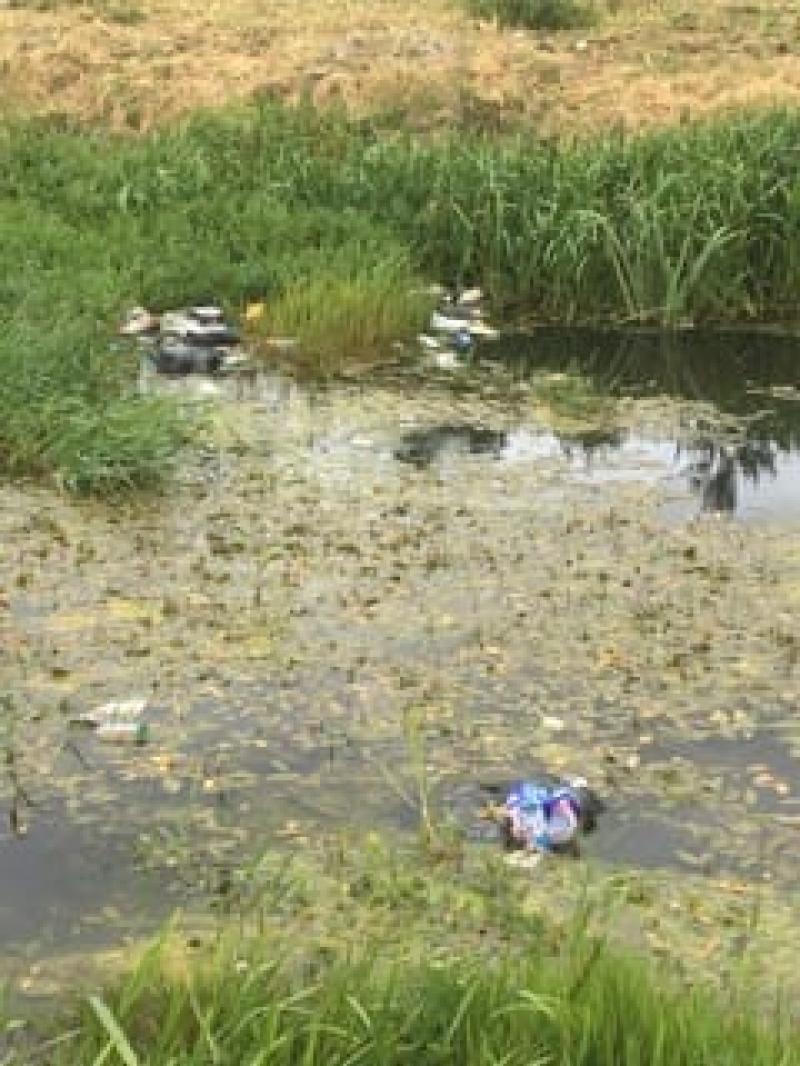 Rubbish dumped in the Tullamore river

OVER three times more visits by the public to the Derryclure landfill site outside Tullamore were recorded by Offaly County Council from March to May compared to the same period last year.

The news comes as Tullamore area councillors reported an increase in instances of indiscriminate dumping in the district during the Covid-19 crisis.

At this month's meeting of Tullamore Municipal District, Environment and Waste Services Director, Mary Hussey revealed the council had been allocated €64,534 in funding by central Government under an anti-dumping initiative.

The funding will be used to clean up some very littered areas in the county and to provide CCTV at bottle banks, said Ms Hussey.

Litter had become a huge issue during the Covid lockdown said Cllr Sean O'Brien referring to waste at bottle bank sites and dumping in the Tullamore river.

He also listed two areas in Arden View where “a lot of dumping was taking place, some of which seems to be builders waste.”

The Independent councillor added that two vacant houses in the Church Hill estate were also being used as dumping sites.

“We have a role to play in identifying people who are dumping,” he added advising: “If people see someone dumping they should take their number plate and report it to the Gardai and the council.”

Cllr Neil Feighery said it was disheartening to see the level of dumping in lakes and rivers and pointed to a problem at Pallas Lake where young people were leaving towels and rubbish behind them..

He speculated that people were using dumping facilities in their places of employment and did not have this option during the Covid crisis.

“We must ram home the message that offenders will be prosecuted,” outlined the Fine Gael public representative.

Cllr Tony McCormack complained the CCTV cameras used by Gardai in Tullamore at present were old and out of date as the town was one of the first in the country to erect them.

He also asked that signage be erected at bottle banks in a number of different languages to deter dumping.

The problem of dog waste of the main streets of Tullamore and Clara was highlighted by Cllr Ken Smollen who asked that dog dirt bag dispensers be erected particularly in the vicinity of schools.

He pointed to the problem of people hoarding waste on their premises which he said was a health as well as a waste issue.

“I know one section of the community does receive bad publicity in relation to dumping and maybe these people could be encouraged to get involved in a clean-up,” outlined the Irish Democratic Party councillor. He revealed that he in working in conjunction with the council in relation to such a project.

“Dumping is one of the worst environmental problems we face in the Tullamore area,” outlined the Cathaoirleach, Cllr Danny Owens.

Responding to councillors comments, Mary Hussey said she would investigate the issue of dumping in Arden View and Church Hill.

“We will try and encourage people who are not part of a waste collection service to be part of one,” she added.

As regards Tullamore's old CCTV network she said the council will write to the Department of the Environment while the issue of signage at bottle banks could be reviewed. She added that infographics on signs may be appropriate.

Ms Hussey pointed out that the National Spring Clean Week had been postponed until September due to Covid but that 26 community clean-ups had taken place around the county.

She said that dog dirt bag dispensers were in place in Tullamore but it was a matter of making sure they were located in the best areas.

Ms Hussey stressed the message needed to be got out that Derryclure landfill was open as were bottle banks at various locations.

She stressed that anywhere the council found evidence of dumping they followed the matter up.