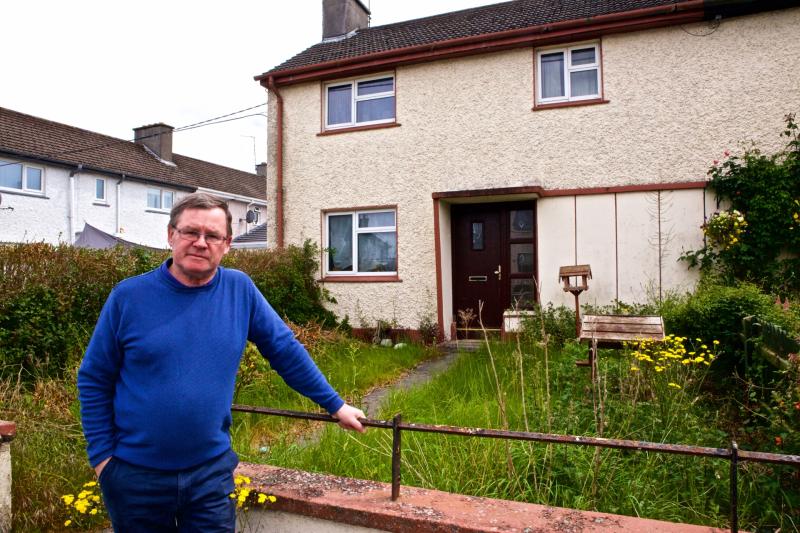 Referring to a house at Pearse Park in Tullamore which he said had become dilapidated since tenants left, Cllr Sean O'Brien said it was a “terrible indictment of our council.”

“I cannot understand why that house is being left there to rot where there are people on the (housing) waiting list,” he told this month's meeting of Tullamore Municipal District.

He added: ”As a councillor, I cannot give an answer to people on the waiting list.”

However Housing Officer, John Cunningham said he wasn't sure if the house referred to in Pearse Park was owned by the Council.

He added that Offaly had one of the lowest rates of vacancies for local authority home in the country.

Cllr O'Brien also suggested the council should look at private houses that were being left abandoned.

“A lot of private houses are being left vacant and rotting away,” he claimed adding; “We can't turn a blind eye any longer and simply have to take action.”

“We all know a house in Church Hill where dumping and anti-social behaviour is going on.”

Mr Cunningham stressed the council had to follow certain legislation before action could be taken on the Church Hill house.

The Independent councillor also highlighted cases of council tenants exchanging houses between each other which he said was illegal.

Cllr O'Brien claimed there were instances of tenants breaking into houses.

Cllr Declan Harvey said it was disrespectful for people to move from one house to another as well as being illegal.

While acknowledging the council had been fair to everyone, Cllr O'Brien also highlighted the large number of people who had been on the housing waiting list for a long time.

“I think there needs to be more communication with councillors and the people on the list,” he stressed.

“I appreciate the issues with Covid but if people had information they would be a lot happier.”

Raising issues with overcrowding in council houses, Cllr O'Brien claimed that a certain section of the population had been catered for in this area while others had not.

“When people are moving from one council house to another we are actually freeing up a house,” he pointed out.

Mr Cunningham said extra budgets may be required to carry out works to houses before transfers of tenants took place.

He added that when a new scheme, such as the development at Chancery, came on stream there would be room for transfers to take place.

Mr Cunningham also stressed the council had a responsibility to ensure the homelessness problem in the county was being tackled.

Replying to a query from Cathaoirleach, Cllr Frank Moran, he said three old people's dwellings (OPDs) would be developed on the Tubber road in Clara across from the Bank of Ireland branch pending approval from the Department of Housing. He explained the OPDs were planned for a site where there were currently houses with corrugated roofs.