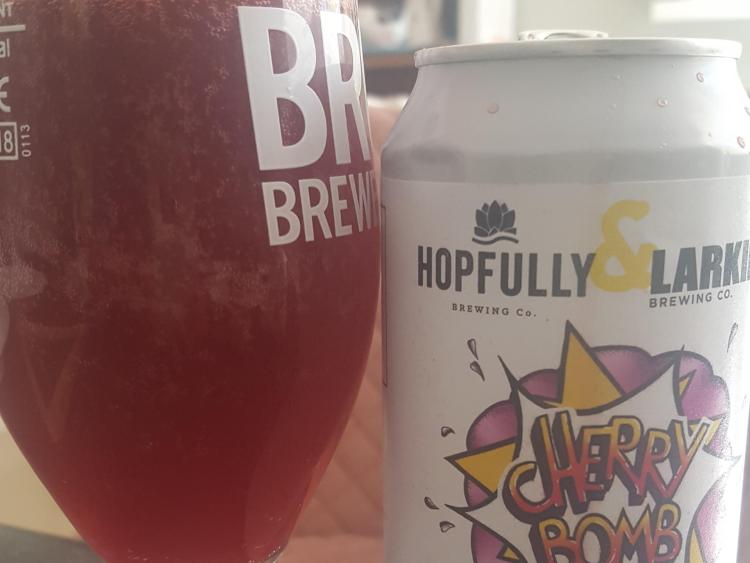 COLLABORATIONS between breweries are a great way for each contributor to bring something new to the other and a vital source of learning through the sharing of information, brewing knowledge and techniques.

Even more so is the perspective each brewer is coming from, since brewing, along with being a form of liquid-culinary expression, is also an artistic expression that comes from the talented brewers that make the beverages.

So each brewer has his or her take on what style of beer they want to brew in order to reflect their individual perspective on the style.

This week's beer for review is a highly unusual beer in that it's sour yet not soured!

At least not in the traditional sense.

On top of that it uses a fruit that is synonymous with traditional soured fruit beers - cherries, and it skirts the limits of actually even being a beer at all due to the ludicrously high amount of cherry contribution in relation to beer.

For every litre of beer there are 400 grams of sour cherries in the brew.

In Belgium, brewers often use cherries in their fruit Lambic beers, known as Kriek beer, but they do so after souring the beer first with friendly microbic bacteria which takes time and careful balancing between flavours.

Hopfully and Larkin's have bypassed this method and made their beer sour purely by adding as much fruit in as possible which is interesting and very refreshing in this sunny weather.

They've also added raspberry which should make it even more tart.

The beer pours with a light wispy head that slowly dissipates due to the high acidity levels.

Aromas are indeed cherry and raspberry. The flavour is however, devoid of beer character at all and leaves the beer tasting like lightly carbonated sour cherry juice.

The can says it's an ipa but there's no hop character at all in this beer and no bitterness or hoppy aromas either.

Overall I think the brewing of this beer lacked any cohesive skill. But if you love cherries you may beg to differ…