“This is a beer to savour... Incredible German-style modern version of a traditional classic.” 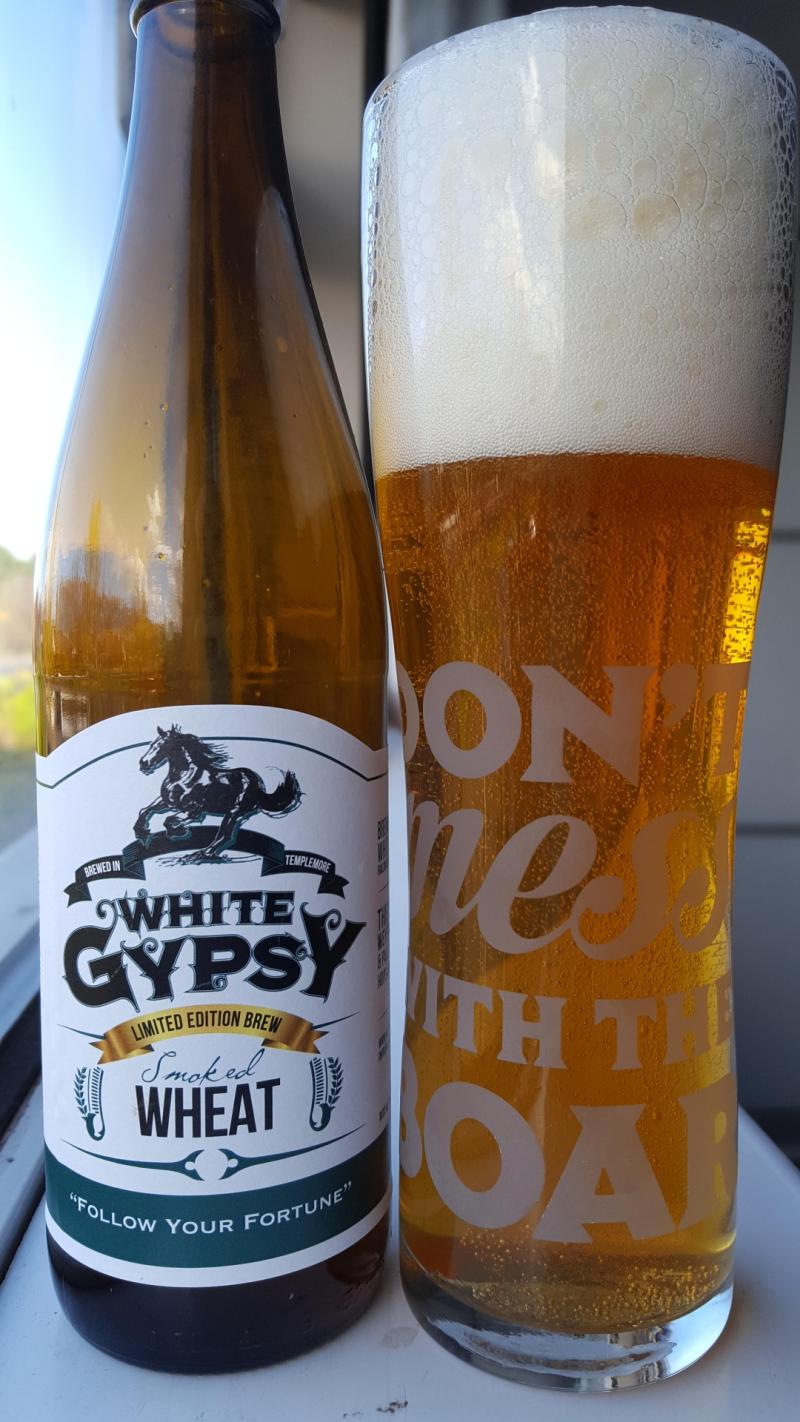 TULLAMORE-based home brewer Brendan Sewell has identified the ideal beer for people in self isolation.

Sewell, who writes a weekly craft beer review for the Tullamore and Midland Tribune, recommends a German-style creation from White Gypsy Brewery in Templemore, Co Tipperary.

Writes Sewell: “White Gypsy Brewery is one of the few remaining micro-breweries in Ireland that hasn't succumbed to canning their beers as yet and I'm glad as there's something about the classic design of the long-neck bottle that I find very traditional, especially so in Ireland.

“The ethos behind White Gypsy's brewing is similar too, in that the styles they tend to brew are usually very classical with minor modern adjustments.

“This beer for review contains some interesting, unique and yet traditional ingredients. In particular German malt and yeast. Weyermann branded dark wheat malt is rarely seen in Irish beers but across Europe it is used in versions of Dunkleweizen, Weizenbock, Kolsch and Altbiers. All these beers are very traditional in Germany so White Gypsy have kept their tradition in brewing, and I repeat myself - traditional.

“Along with this malt is the classic pale Pilsner malt, also German, and this malt in particular is important as it should allow the dark wheat to shine. Weihenstephan yeast from the Weihenstephaner brewery in Bavaria completes this German classic and it's hard to get any more traditional yeast than one from a brewery founded in 1040!

“I'm dying to try this Irish version and I've the correct style of tall glass to fill with the pillowy foam head that I expect to get from a wheat beer.

“From the pour, the aroma is unmistakably smoked malt. The bottle states that this is Bamberg style smoked wheat that has been dried out over beechwood logs to impart the unique smoky quality.

“Smoked bacon rashers would be a good example of the aroma profile of this beer along with mild clove, banana and bubblegum! The two-inch thick characteristic head of foam and ample carbonation help to waft the aroma around and the first sip only adds to this unique palette of flavours with the sweet bready maltiness of the wheat malt simmering away under the smoked beech.

“This is a beer to savour on a cold rainy night by a log fire or when self-isolating! Incredible German-style modern version of a traditional classic.”