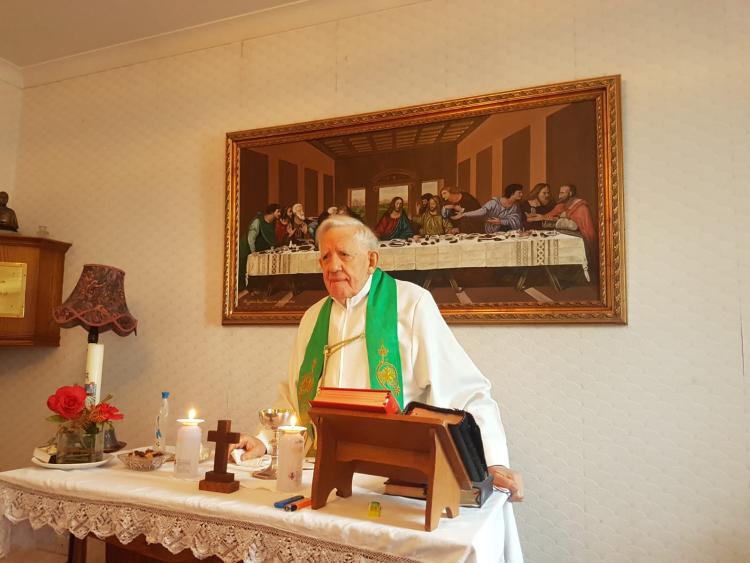 Fr Scully passed away on Tuesday after a short battle with coronavirus. Family friend and cousin Ronan Scully had asked for people to pray for the legendary cleric who he said had tested positive for the virus.

Fr Tom was the manager of the Offaly footballers in the late 60s and led the team to a Leinster title in 1969. They reached the All-Ireland final that same summer but were beaten by Kerry.

Two years later in 1971, after Fr Scully's reign had ended, Offaly won their first ever All-Ireland, captained by Walsh Island's Willie Bryan. They made it back to back titles in 1972.

Fr Scully's influence on that generation was huge as he laid much of the groundwork for their successes. He headed to South Africa after his tenure with Offaly and made huge contributions to the Irish community in London in latter years before returning to Dublin.

Ronan Scully paid tribute to "an amazing person and priest to so many especially those most in need in our world." He described Fr Tom as "another angel and saint to pray to for help in our own living."

The Tullamore native died peacefully on Tuesday. May he rest in peace.

In line with Government and HSE advice regarding public gatherings, a small private funeral will be held. A memorial service will be held at a later date.