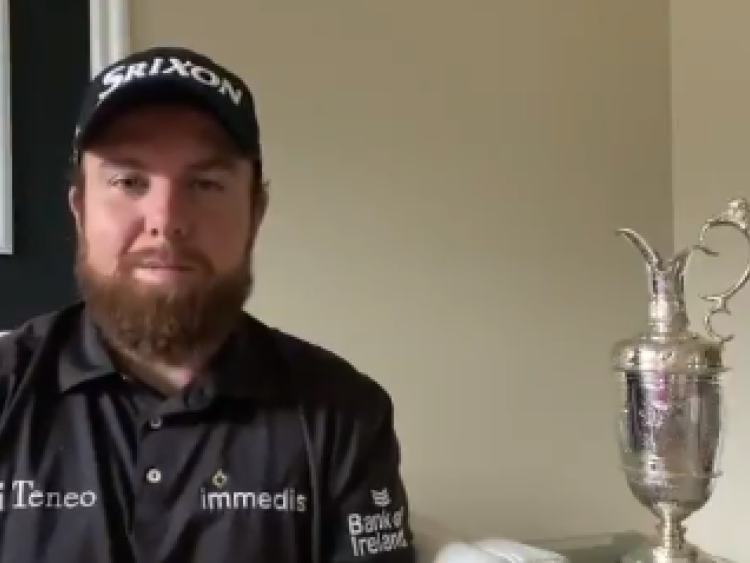 WATCH: Shane Lowry to keep Claret Jug for a second year as 2020 Open is cancelled

Shane Lowry has expressed disappointment that the 2020 Open Championship has been cancelled.

The Offaly man did, however, tell fans in a video on Monday afternoon that the "Claret Jug is going to be in safe hands for another year."

Lowry won the famous tournament in July last year after a spectacular display at Royal Portrush. He will now be the defending champion at Royal St Georges in 2021, two years after that success.

The decision to cancel the event has been made by the R&A in the interest of public safety amid the coronavirus pandemic.

Obviously im disappointed that I won’t get to defend the Open championship this year but I feel the RandA have made the right decisions based on people’s health and safety. See you all in Royal St George’s in 2021 pic.twitter.com/zr7uS80lgH