A guide to the Top 10 films to watch on Netflix 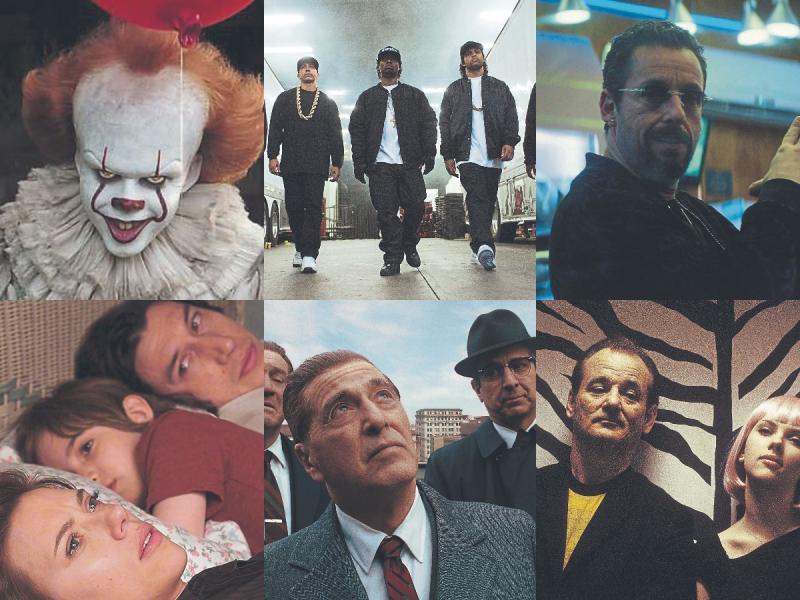 A guide to the Top 10 films to watch on Netflix

There's an entertainment goldmine known as Netflix to help get us through the next couple of weeks. We all have an account, whether it's our own or some ex-partners you're still scrounging off.

A distraction from all the hysteria is just a few clicks away, and we've compiled a list of some favourites that can keep you occupied inside. Netflix has thousands of options, but here are ten films that are better than others

Uncut Gems
I know the last thing we could do with right now is deeper feelings of stress and anxiety, but nonetheless, Uncut Gems is simply a masterpiece from the Safdie brothers.
Over the past few years it's fair to say that Adam Sandler's career has taken a terrible turn. Some of his films have been absolutely abysmal, which makes his outstanding performance here all the more impressive.
Sandler stars as Howard Ratner, a degenerate gambler who struggles to juggle his addiction with protecting himself and his family. Just when he thinks he's finally hit the jackpot with the discovery of a rare gem, Ratner faces a race against time to fend off threats from all sides, from all the wrong people.
This is an intense thriller that will hold you in it's grip from minute one.

You Were Never Really Here
One of cinemas delights last year was the fantastic Joker, led by an Oscar winning turn from Joaquin Phoenix, as he brilliantly portrayed the mentally damaged, deranged Arthur Fleck.
Phoenix plays a similar kind of character here, in a film that went overlooked by many. He plays Joe, a loner traumatised by his war experiences, now making a living by tracking down missing girls in his own violent way. When a dangerous conspiracy is uncovered, Joe faces a difficult journey that could result in his demise or a brand new awakening.

A Marriage Story
A film both gut wrenching and hilarious, a Marriage Story is a remarkable film that tells the story of a once happy marriage slowly deteriorating. Adam Driver and Scarlett Johansson produce stunning performances as the husband and wife whose career ambitions and general unhappiness begin to tear their union apart.
With a young son caught in the middle, and the divorce proceedings causing anger and resentment, the parents face a day by day struggle to cope in a raw and realistic look at the effects of falling out of love.

The Irishman
We all have plenty of time to waste right? So a film with a runtime of around three and a half hours should be no problem, especially when said film is directed by the masterful Martin Scorsese. The don of gangster movies himself reunites with old friends Pacino, De Niro and Pesci to tell the true story of the life of Frank Sheeran, a one time truck driver and war veteran who became a hitman for the Buffalino crime family.
The film specifically deals with Sheeran's role in the demise of his friend and high ranking politician Jimmy Hoffa, who disappeared without a trace in 1972.
A story of friendship, loyalty, family and regret, the Irishman is another 'hit' in the incredible Scorsese catalogue.

Lost in Translation
Isolation is a key theme of this wonderful film starring Bill Murray and Scarlett Johansson, in one of the best portrayals of love and loneliness ever portrayed on screen. Bob is an actor past his prime, Charlotte is the new wife wondering if the new path she has taken in life is the right one.
They both find themselves at a loss in the city of Tokyo, and quickly form a bond that is both life affirming and heart breaking.
A modest, beautifully shot tale, Lost in Translation is an expectational piece of film making from director Sofia Coppola.

Straight Outta Compton
The best biopics are those which, despite having little knowledge of the person or persons, educate you as well as thoroughly entertain you.
Speaking as someone who is far from an encycloedia on the subject of 'gangsta rap', Straight Outta Compton ticks all those boxes. It tells the story of the rise and fall of the iconic hip hop group the NWA, who rose from the rough streets of Compton to revolutionise the music scene, and with it, fight back against the heavy racial prejudices they faced on a regular basis in the US at that time.
Some cracking tunes there too as an added bonus.

Phantom Thread
One of the greatest actors of all time Daniel Day Lewis has sadly retired, and he bowed out with this terrific character study/romance from director Paul Thomas Anderson. Set in the fashion world of 1950's London, Reynold Woodcock is the head of the House of Woodcock, a dress designer for the likes of royalty and movie stars amongst others, who is so career driven he has failed to hold down any relationship outside of his work. His organised existence soon hits a roadblock in the form of Alma (brilliantly played by Vicky Krieps), a waitress who soon becomes Woodcock's latest squeeze, but when matters turn frayed, she isn't so willing to walk away quietly.

IT
Yes, a mysterious virus is keeping your kids locked up behind closed doors, but it could be worse...…Pennywise the clown is unquestionably one of the most iconic figures in horror film history, and he is brought to the screen once again in director Andy Buschietti's brilliant adaptation of Stephen King's classic book.
For the few who may not know, IT tells the story of the Losers Club, a group of young outcasts who must come together to face off against a paranormal entity, usually donned in clown make up, who is torturing and killing children in the city of Derry, Maine. A hugely enjoyable tale filled with horror, heart and humour.

The Guilty
If your one who can stand subtitles, this Danish thriller will have you on the edge of your seat from beginning to end.
A police officer is one evening dispatched to Alarm duty, and what begins as a quiet night at work soon progresses into a frantic race against time when a distressed woman pleads for help in finding her kidnapped daughter.
The tension is high throughout, and in a race against time, it soon appears that all may not be as it seems.

La La Land
It goes without saying that we could all do with a smile on our faces right now. An escape from the doom and gloom and uncertainty. So if any film can lift the spirits right now, La La Land is that film.
A pianist and aspiring actor fall in love in Los Angeles as they try to find a break in pursuing their careers, but their respective ambitions soon put their relationship under threat.
This wonderful film starring Emma Stone and Ryan Gosling will surely put a smile on your face.