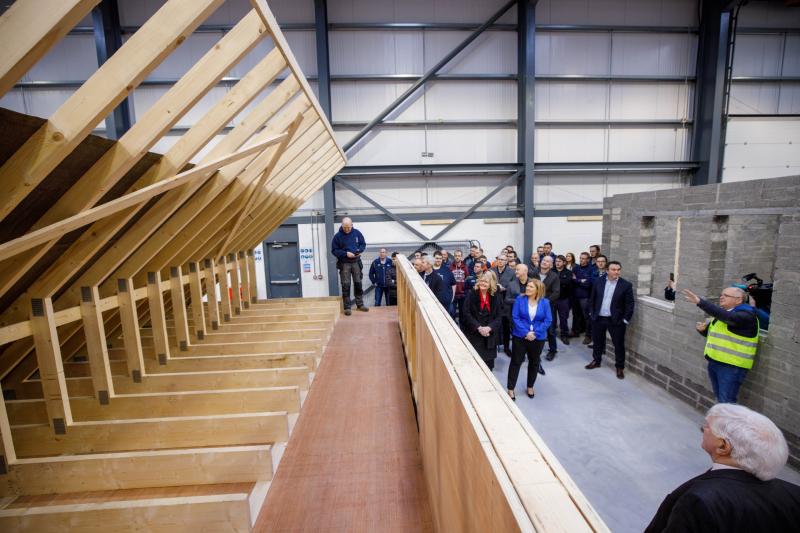 THE Government has yet to give Offaly County Council details on its slice of the promised €20 million package for retrofitting social housing in the Midlands.

It emerged last week that as yet, the County Council does not even know how much money it will be getting from the fund which was announced in Budget 2020.

John Cunningham, a housing official with the council, told last week's meeting of the Edenderry Municipal District that he was waiting on a circular from the Department of Housing on the amount of funding, the terms of the scheme and the “sort of works” the local authority will be asked to do.

“It was to come in the last month. It hasn’t come yet and we’re expecting it very soon,” Mr Cunningham said.

“From our own point of view, we are trying to work in advance of that so that when it does come we’re ready to act on it.”

Cllr Noel Cribbin said he understood the money was supposed to be spent by the end of this year. “That's hardly going to be the case,” said the Fine Gael councillor.

Mr Cunningham said it's an “aspiration” to have the work done in 2020. “We're working towards that. But it will be a challenge.”

About 90 employees of the energy company have signed up for a six-day training programme at the National Construction Training Facility in Mount Lucas.

The programme, for which a QQI certificate in thermal insulation will be awarded, teaches the skills of house insulation, ventilation and air tightness.

The training is taking place at a purpose-built bungalow in a warehouse at the National Construction Training Facility.

Bord na Mona say that the numbers engaged in the training represent about 25 per cent of the employees who will be affected by the ESB decision to close the two peat-burning power stations in Shannonbridge and Lanesborough.

The Dail was told by Climate Action Minister Richard Bruton last October that “grouped upgrades” will be carried out on houses under the scheme.

“Targeted at the Midlands, the scheme will be built around core work on some of the social housing stock in the region but also designed to allow other homeowners to opt in to the aggregation model, which will streamline services on an area basis,” said Minister Bruton.

“It will also support an estimated 400 jobs directly and indirectly. The specific design of the project will be led by the retrofit task force that was established in recent weeks and that is chaired by my Department.

The significantly increased investment represents an important step towards realising the Government's climate action plan targets in the area of building retrofitting while prioritising the most vulnerable householders.”

Deep retrofitting, which makes houses more energy efficient has been trumpeted as a key component of the Government's climate action plan, costed at about €50bn for the entire country.