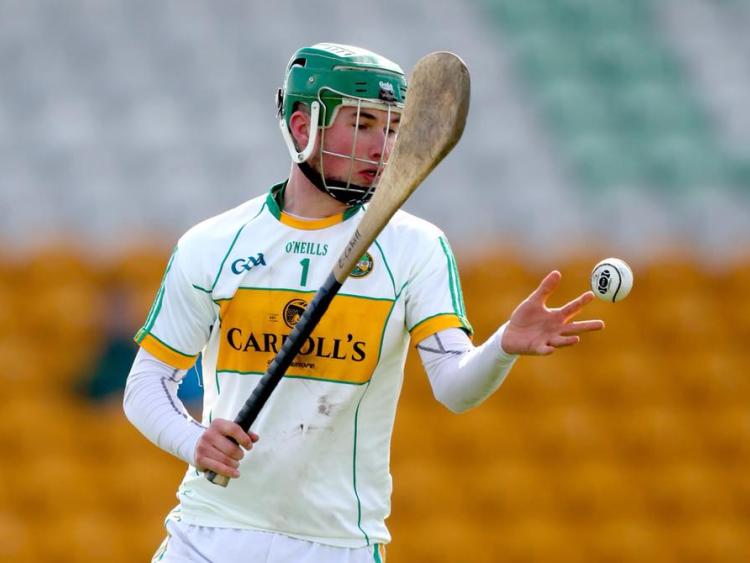 Eoghan Cahill was in free scoring form for Offaly

Offaly recorded a routine win over Wicklow on Sunday as they got over a first half hump to stroll to victory in their National Hurling League Division 2A clash.

They led by a point at half time after an indifferent display but came out in the second half and put the game to bed by the 45th minute.

Offaly fired 3-20 in the second half alone as they cut loose with Birr’s Eoghan Cahill the sharp shooter in chief with 17 points.

The opening half was tame affair. Offaly’s touch seemed off but they were still creating which is a good sign.

The opening score came after just 50 seconds through an Eoghan Cahill free while his second after five minutes cancelled out Wicklow’s opening effort from centre forward Enda Donohue.

The tussle between Andy O’Brien and Offaly full back David O’Toole-Greene was the standout duel of the opening 35 minutes with the Offaly man winning some good ball in the air while O’Brien proved to be a right handful when out in front.

Eoghan Cahill landed a point from play but three in a row from Andy O’Brien (two frees) had Wicklow in the lead 0-4 to 0-3 after 15 minutes.

Wicklow had the aid of the breeze in the opening half and they hit a purple patch resulting in them going 0-8 to 0-4 ahead on 22 minutes.

Offaly were wasteful but kept at it and a strike from 25 yards from Thomas Geraghty found the roof of the net to spark Offaly back to life.

Andy O’Brien and Eoghan Cahill traded frees and it looked like Wicklow would sneak in ahead at the break until Offaly landed the last three scores of the half from Colm Gath, Geraghty and David Nally to leave the Faithful County leading 1-9 to 0-11 at half time.

Offaly came out after the break rejuvenated. Four points on the spin, three of which off the stick of Eoghan Cahill sent Offaly into a 1-13 to 0-11 lead after 40 minutes.

Wicklow powered back into the game with a goal from Eoin McCormack but two goals in as many minutes from Offaly put the game to bed.

Colm Gath was on target on 45 minutes before Peter Geraghty fired home Offaly’s third two minutes later to leave them sitting pretty on 3-16 to 1-11 with 23 minutes to play.

The game petered out after the third goal but fresh legs from the bench kept Offaly keen. Jason Sampson blasted home Offaly’s fourth goal from close range with 15 minutes to go as they moved 4-18 to 1-13 clear.

Leon Fox came to the fore in the final stages with two long range scores while Eoghan Cahill enhanced his personal tally to 17 points by the end of the game.

Next up for Offaly is a winner takes all bout with Antrim next Sunday in O’Connor Park with a league final spot up for grabs.