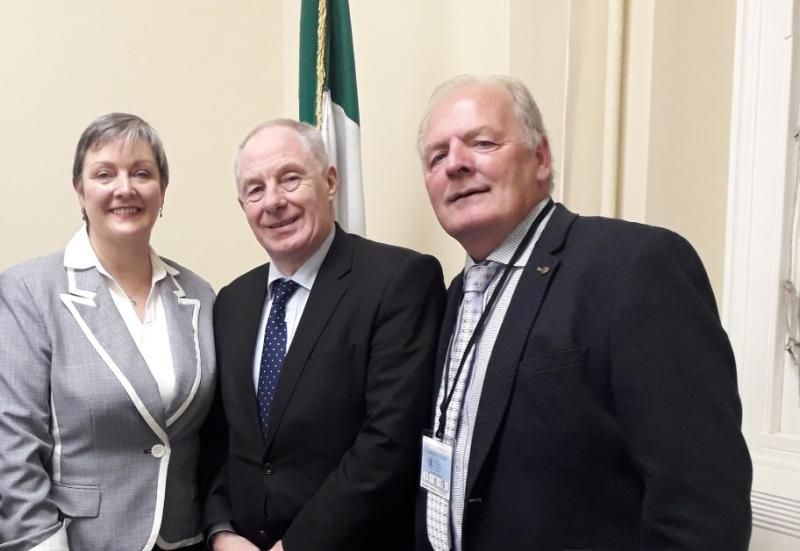 A disappointed Cllr Noel Cribbin has described the loss by Marcella Corcoran Kennedy of her seat in Leinster House in Saturday’s general election as "a loss for North Offaly."

Marcella, a native of Ferbane in West Offaly, lost her seat after being emphatically outpolled by fellow incumbent Carol Nolan. Corcoran Kennedy was the only outgoing TD in Laois or Offaly to lose her seat. Brian Stanley, Barry Cowen, Charlie Flanagan, Carol Nolan and Sean Fleming were all returned.

A downbeat Cllr. Cribbin said: "This really is a sad day and I am disappointed that Marcella’s hard work over the last years was not recognised in the election result.

"She has proven to be a valuable advocate for North Offaly and for my own town of Edenderry.

"She has been front and centre to all improvements in Edenderry over the last number of years and has been instrumental in securing funding for housing, infrastructure and regeneration in the town," he claimed.

"Funding such as the €20 million secured for Edenderry’s schools over the last six years, the €5 million in the 27 new social houses on Killane Drive, the €1.8 million in the new library on the old Tesco site, and the inclusion of the site in the 2040 Town and Village Regeneration Plan, which will allow for the drawing down of significant funding in the coming years, would not have happened without Marcella’s tireless work," he added.

Cllr Cribbin congratulated Minister Charlie Flanagan on retaining his seat in Laois in the election. He also congratulated the other four candidates elected in Laois-Offaly.

"There’s still a massive amount of work to be done in Edenderry and in North Offaly and there is no doubt that Marcella’s loss is a loss for all in the whole constituency. We must, however, look forward now and get on with the job in hand. Over the next weeks, senior politicians will negotiate to form the next Government.

"Regardless of the outcome of those negotiations, I look forward to continuing my work to ensure the people of Edenderry have the housing, infrastructure and amenities required to meet the needs of a thriving community."