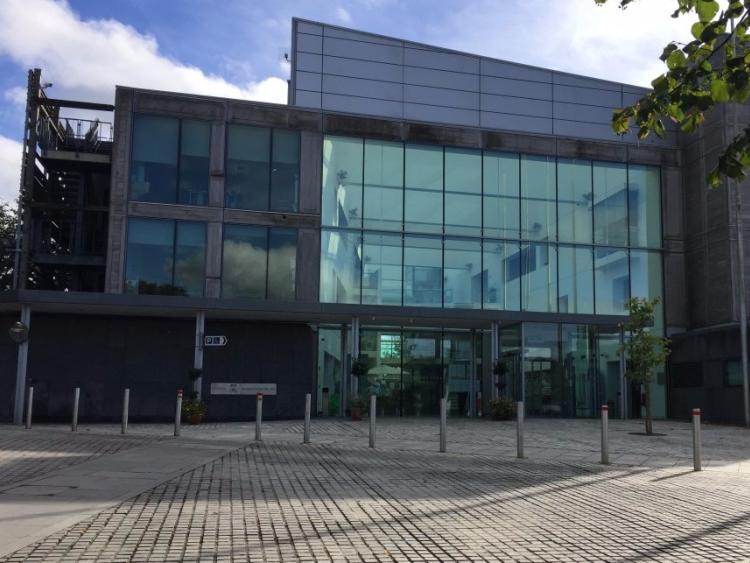 There were unusual scenes in the Offaly County Council chamber on Monday, November 18, as the departing Pippa Hackett was replaced by her husband and fellow Green Party member, Mark Hackett.

The filling of the vacancy was necessary after Pippa Hackett's elevation to the Seanad in recent weeks. Senator Hackett was nominated and subsequently elected unopposed to the upper house of the Oireachtas due to the vacancy left by Green Party stalwart Grace O'Sullivan to the European Parliament.

Pippa Hackett, a Mayo native, was a surprise winner of an Offaly council seat back in the May elections in the Edenderry Municipal District. Having assumed her seat in the Seanad in recent weeks, Pippa was not eligible to retain that council seat.

On Monday, November 18, with his wife present in the chamber, Mark Hackett was welcomed as he officially became a councillor during the regular November meeting of OCC.

Mark, a farmer from Geashill, was officially nominated to replace his wife by the Green Party and his nomination to the role of councillor was proposed by Cllr Eddie Fitzpatrick and seconded by Cllr Liam Quinn. At that point, Cllr Hackett assumed his seat.

Cllr Fitzpatrick was the first to officially welcome Mark to the council and said, "I wish you well and very much look forward to working with you in the chamber and the Edenderry Municipal District."

"We are both in the agri business so I happen to know Mark very well," Cllr Fitzpatrick added. He also wished Senator Pippa Hackett well in her new political role.

Cllr Quinn also wished Mark well and said it was "good for Offaly to have someone like Pippa Hackett heading to the Seanad."

"It is great to have anyone on your team up there in the Oireachtas. No matter the party, we all have to work together and I have no doubt Pippa will work for Offaly in the Seanad," he added.

Cllr Clare Claffey also wished Mark well and said she had "no doubt Pippa will make a great contribution," but added her disappointment with the fact that she is now the only female councillor in Offaly.

Chief Executive Anna Marie Delaney echoed those sentiments, saying, "it is sad to see a woman leaving the chamber." "I know Pippa will make a great contribution in her new role and indeed she already has been representing Offaly at various Oireachtas meetings.

She said she looked forward to working with Mark in the chamber and wished him well.

The newly elected Cllr Mark Hackett addressed the chamber for the first time to say he was "delighted and honoured" to assume a seat on OCC.

He said: "Pippa has worked tirelessly for many years for the environment and I hope to continue the work she has started here in Offaly, representing the county and the Edenderry Municipal District."

"It's essential we address the growing climate crisis, both at national and here at local level," he added. He thanked his fellow councillors for the warm welcome.

Mark was later nominated and appointed to a number of committees. They were the Rural Water Monitoring Committee, the Joint Policing Committee, the Community, Cultural and Emergency Services SPC and the Climate Action, Environment, Water and Transportation SPC.

A number of other councillors spoke to welcome Mark to the council and to wish Pippa well, including Cllr Sean O'Brien, Cllr John Foley, Cllr John Leahy.