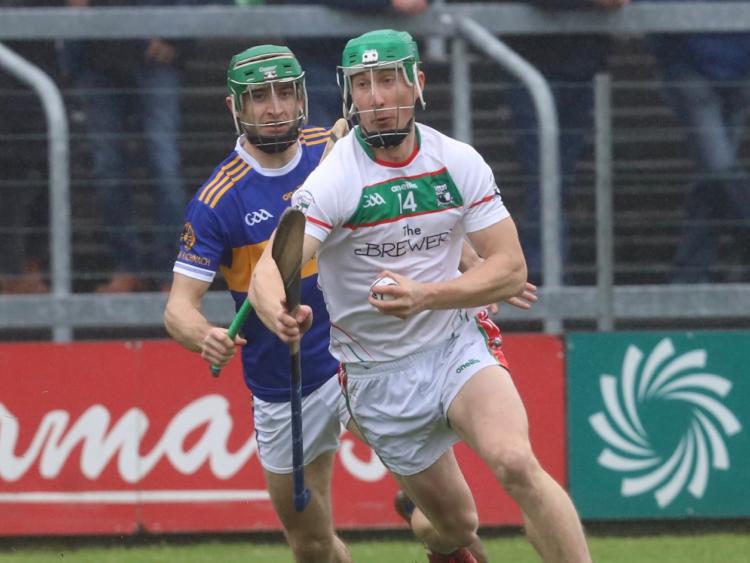 Rathdowney-Errill went direct from the throw-in with the 2019 Joe McDonagh Cup Hurler of the Year, Paddy Purcell, stretching his legs before offloading to full-forward Ross King, but his shot was turned away by St Rynagh's goalkeeper and captain Conor Clancy. The first score arrived a minute later when Mark Kavanagh steered over his first free of the day.

It took until the eighth minute for St Rynagh's to get off the mark, Aidan Treacy raising the white flag for Ken Hogan's side. Rathdowney-Errill got their noses in front the very next minute with Paddy Purcell darting through the centre before popping over his point.

Kavanagh doubled the Rathdowney-Errill lead only for Gary Conneely to reply almost instantly and keep the margin at the minimum.

Rathdowney-Errill pushed on with three points in a row from the hurl of Kavanagh - two frees either side of a beautiful sideline cut from the 45 metres under the stand.

The final ten minutes of the half saw Kavanagh (2) and Treacy (4) trade frees, while Joe Fitzpatrick drew applause from the Rathdowney-Errill support with a lovely point from distance after Ross King had done laid the groundwork. The sides headed for the dressing rooms with the Laois champions leading by three points, 0-9 to 0-6.

Rathdowney-Errill introduced Brandon McGinley in place of Eoin Bourke, and the lively forward instantly manager John Delaney's faith with a point less than a minute after his introduction.

St Rynagh's replied when Sean Dolan floated over five minutes into the half, but Rathdowney-Errill added the next three through Shane Dollard, James Ryan and Kavanagh (free) to go seven points clear.

St Rynagh's hopes were dealt a blow on the 45-minute mark as Paul Quirke received his marching orders for an off-the-ball strike on Paddy McCane.

Treacy and Kavanagh swapped placed balls directly after, and then the first goal of the game arrived when Ross King perfectly measured his shot low into the bottom corner.

St Rynagh's managed two more points in the final ten minutes through substitutes Oisin Hickey and Ger Scales, but Ratthdowney-Errill finished with a flourish with three more goals before the final whistle.

Kavanagh dispatched a penalty after James Ryan was hauled down, Ryan grabbed a goal of his own in injury-time and Ross King a second as Rathdowney-Errill march on in Leinster.