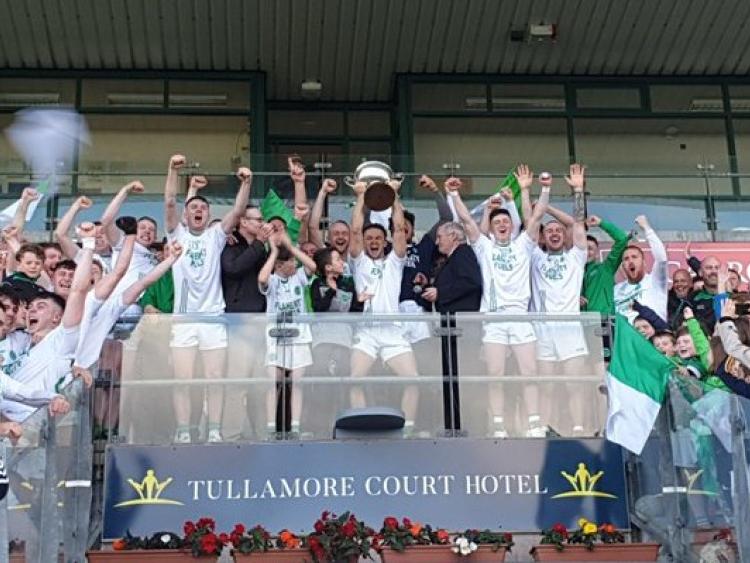 Trailing by five points to Rhode with 20 minutes to go, Johnson twice found the back as Ferbane cam from behind to win by 2-13 to 0-14.

It was a remarkable turnaround as Ferbane had managed just six points in the opening 40 minutes of the game.

Rhode, going for their fourth title in a row, led by by 0-8 to 0-6 at the break and extended that to 0-11 to 0-6 after 39 minutes. Niall Darby kicked eight points on the day for Rhode before Cian Johnson completely turned the game on its head.

His first goal got Ferbane back in contention and after he and David Nally had added points, Johnson struck for his second goal with quarter of the game to go to put his side into a lead they would not relinquish.