Marcella Corcoran Kennedy accused the Green of an 'anti-rural agenda' 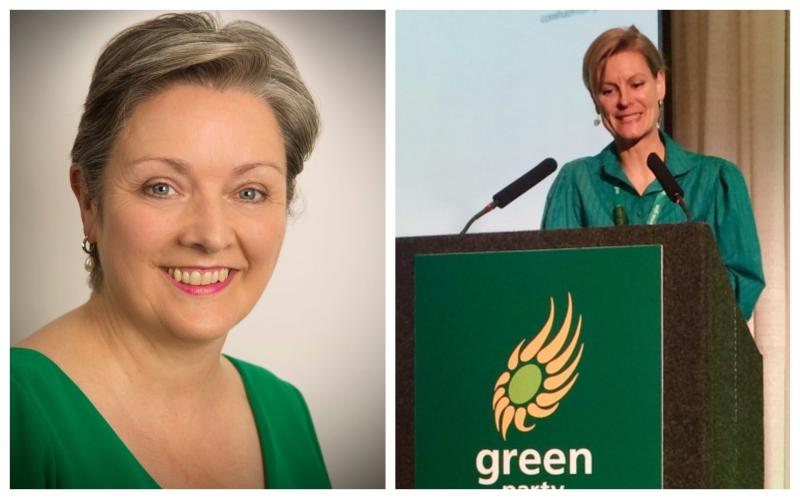 Offaly Fine Gael TD, Marcella Corcoran Kennedy has claimed the Green Party’s budget proposals are "positive proof that they have an anti-rural agenda."

"The Greens’ budget document does not contain a single policy on the biggest issue facing Offaly and country - Brexit," she added.

“The Greens have indicated they will increase VAT on fertiliser at a time when farmers are already under pressure.

“They have also called for a re-introduction of a €10 air travel tax on all passengers departing Irish airports. This would negatively impact our tourism industry, a critical part of the rural economy already facing the threat of Brexit.

“Earlier this week we saw Eamon Ryan call for the reintroduction of wolves! They have no grasp of life in rural Ireland," Marcella blasted.

“The Greens also want to increase tax on ordinary people with over €2.1bn in tax hikes, from 15 separate tax increases. They want to halve the tax relief on pensions. This will cost ordinary families €500m. It will drastically reduce the incentive to save for the long term, just when policy should be aiming at increasing pensions coverage.

“The Greens say they want ‘a re-orientation of the transport budget’. What they don’t say is this means a cut to the roads budget.

“Road safety and maintenance in Offaly would be seriously impacted by the Green Party’s plans. We’re talking more potholes, roads in worse condition and a reduction in travel times in safety.

“They have already indicated they want to halve the roads budget in Project Ireland 2040, the Government’s ambitious development plan, to favour public transport and walking instead. This would mean a whopping €5.8bn cut to roads funding around the country.

“People should also be aware the Green Party are in league with Fianna Fáil with this agenda which would be so regressive for rural Ireland," Corcoran Kennedy fumed.

“Fianna Fáil recently backed a Green Party Dáil motion which called for a 2:1 split between all transport spending in favour of public transport.

“People can rest assured that under the Government’s plans we are spending far more on new public transport than on new roads, which is how it should be.

“Worryingly, their alternative Budget does not contain a single policy for Brexit. The Greens have prepared a pre-Budget submission as if Brexit wasn’t real. They ignore the biggest economic challenge facing our country.”

These assertions have been refuted by local Green Party councillor Pippa Hackett who described the comments as "a bit rich."

"The comments from Deputy Corcoran Kennedy are a bit rich, to say the least, considering it is her own Government who has driven an anti-rural agenda for the past 10 years," Cllr Hackett commented.

"If she took a quick spin around her constituency, she would see many towns and villages devoid of post offices, garda stations and shops. In fact, it could be argued that many parts of Co Offaly never came out of the recession. Edenderry has the highest commercial vacancy rate in the country, hardly the sign of a strong rural plan from Fine Gael," she added.

"The Greens have proposed significant investments in rural Ireland, particularly for farming communities - from increased funding for afforestation, areas of natural constraints, organic farming, and the development of regional food programmes.

"I wonder did Deputy Corcoran attend any of the recent beef factory protests, as I did, and see the sheer desperation in our farmers. It is her Government which has driven and supported a Big-Agri backed food strategy, which has seen many of our family-run farms on the brink of ruin, and the Greens want to reverse that trend.

"Our budget submission also proposes substantial increases in funding for the National Parks and Wildlife Services, environmental NGOs, and animal welfare organisations, all of which have essentially been starved of funding under this Government.

"It also seems to have escaped Deputy Corcoran Kennedy’s notice that Bord Na Mona recently announced that over 2,000 jobs are at risk, many of which are in Co Offaly, yet this Fine Gael government have done nothing to ensure a just transition for these workers.

"In fact, it is a Green Party Bill on Just Transition (Worker and Community Environmental Rights) that sets out a to deal with exactly this. Yet, like so many progressive, socially just, and cost-saving Bills proposed by opposition parties in recent years, her Government is likely to block it.

"Our budget submission has been designed conservatively within a no-deal Brexit scenario, and this is stated in the document. It is costed and is within the parameters set out by the Fiscal Advisory Council. Fine Gael have consistently deviated from the advice of the Fiscal Advisory Council and have used the recent once-off increases in corporation tax to plug massive overspends in the Health Service. This is the definition of financial mismanagement," Cllr Hackett concluded.