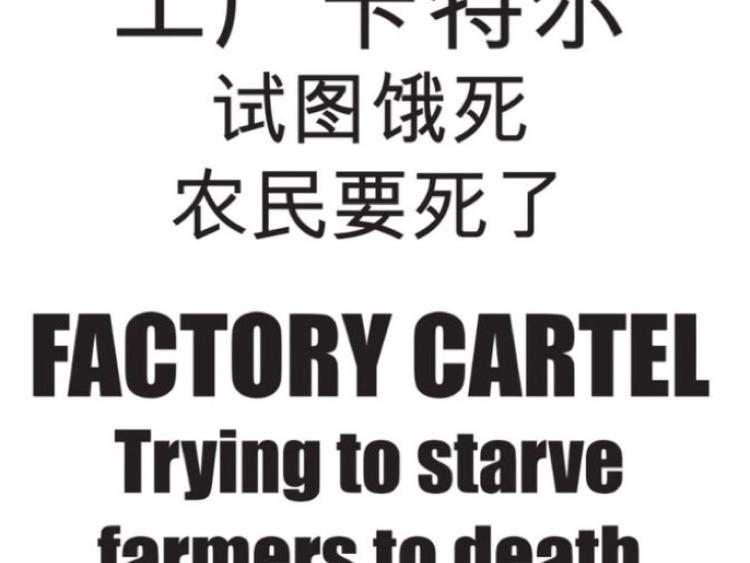 Twelve meat factories have ceased operations due to the ongoing protests by beef farmers, according to Meat Industry Ireland (MII) this morning.

MII has said that the "continued illegal blockading of beef processing plants across the country has already forced companies into staff lay-offs and, if this coordinated illegal disruption continues, further significant staff lay-offs in the coming days are inevitable.

"Furthermore, it is extremely damaging for the entire Irish beef sector that for the second time in just three weeks, hard won customers of Irish beef are being left without deliveries. These loyal and valued customers are again forced to seek alternative fresh beef supplies," MII said in a statement on Friday morning.

"This damages the position of Irish beef in the marketplace. With political chaos in the UK ahead of a potential no deal Brexit, the last thing our sector needs at this crucial time is a series of industry blockades that prevent us supplying our customers in the UK and elsewhere.

"Operations have now been brought to a halt in 12 plants, giving rise to staff lay-offs and significant losses.  It is the illegal blockading of processing sites that is forcing companies into staff lay-offs.

"There are also increasing calls from farmer suppliers to deal with a growing backlog of market-ready cattle.

"MII is calling on protestors, even at this late stage, to act responsibly for the good of the sector and stop the blockades immediately."

The protest is continuing at Meadow Meats in Rathdowney, where a Chinese delegation visited on Thursday.

Meanwhile, the Irish Natura & Hill Farmers Association have outlined the compromise proposals they have made to Minister Creed to help resolve the beef crisis. The proposal centres on the payment of 12c bonus for in-spec animals.

· Membership of the Board Bia Quality Assurance Scheme

· Have not exceeded 4 farm movements

The requirement to comply with all four conditions is stated National President Colm O’Donnell "onerous on farmers but it does also provide for an obvious solution that we would hope MII would accept." This solution stated O’Donnell “involves making a bonus payment of 3c/kg on each condition complied with so a 31-month-old animal would still receive a 9c bonus if the other three conditions are met.”

This proposal can "deliver a fair compromise and we are now asking Minister Creed to immediately reconvene talks with a view to getting this agreed."

He concluded by pointing to a precedent that already exists in the organic sector where organic beef animals remain in spec up to 36 months which he stated totally undermines MII’s argument in relation to the 30 month rule."