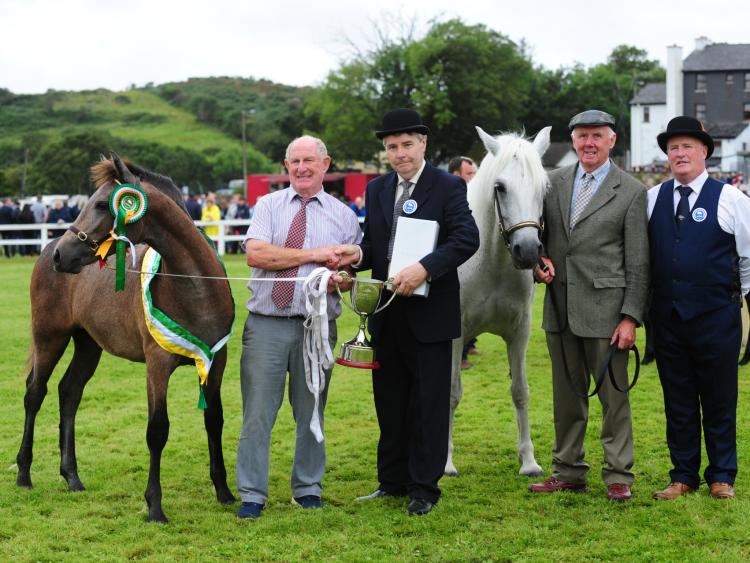 He walked up the steps of the Hogan Stand on two occasions to collect All-Ireland winners' medals with Offaly in the 1970s, and last week, Sean Cooney was still picking up awards, this time as a renowned horse breeder.

The Pullough man, twice an All-Star, and All-Ireland winner with the Offaly footballers in 1971 and 1972, picked up the champion foal award at the 96th Connemara Pony Breeders’ Show, held last week over three days at The Showgrounds in Clifden.

His champion foal was Loughmore Johnny.

The event itself will be remembered for lots of good reasons. Entries were up to a record 530, and gate receipts were also up. European, American and Australian visitors were noticeable amongst the crowd.

Some of these, representing thirteen of the sixteen International Committee for Connemara Pony Societies member countries attended the ICCPS AGM which is held in Clifden prior to the show each year, one delegate, Connemara breeder Courtney Mullen, travelling solo all the way from South Island, New Zealand.

Among the first classes on the Wednesday was the Family Working Hunter with local rider Clodagh O’Toole taking the red ribbon on Olivia Staunton’s Clonhanard Lily. Success for Ireland in the International Performance Working Hunter, a competition now firmly established in the calendar, with teams from Ireland, Scotland and England, had many competitors direct from the RDS the previous week, and included Alicia Devlin-Byrne, Talitha Diamond, Caoimhe Curran and Rachel Aiken
representing home.