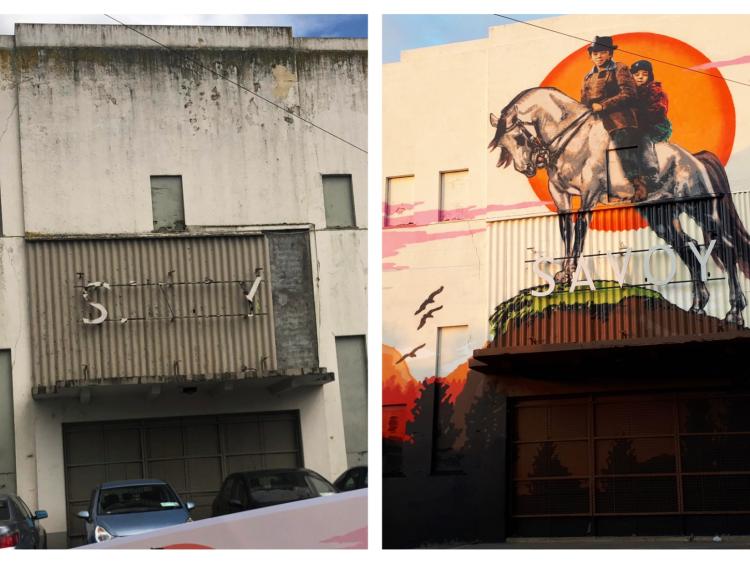 New and spectacular lease of life for rundown Laois-Offaly cinema

A renowned Dublin street artist has given the dilapidated Savoy Cinema in Portarlington a new lease of life with a stunning mural.

With the help of some local school kids, the artist known as ADW produced the epic artwork on the full facade of the ageing building.

The image is inspired by the 1992 Irish movie 'Into the West,' some of which was actually filmed in the Savoy cinema in Portarlington.

The cinema has been old and drab since closing over 25 years ago in the centre of the Laois-Offaly town.

"Getting the chance to paint such an amazing building and brightening the town was a great honour," ADW said.

"Hearing the local recollections of the shooting of the movie and the buzz that the artwork has created has been truly overwhelming," he added. 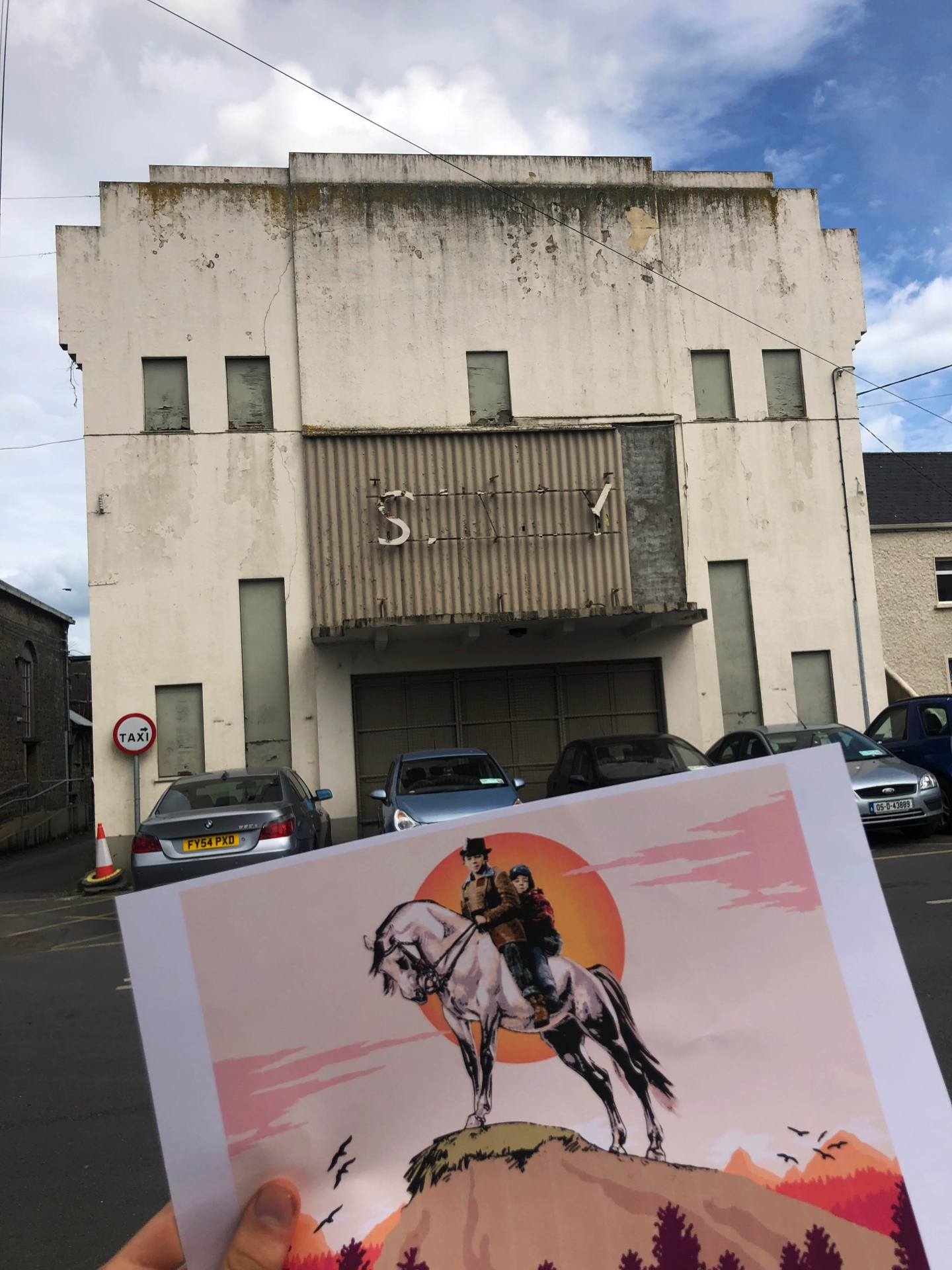 ABOVE: The Savoy Cinema in Portarlington before receiving the ADW treatment

BELOW: The spectacular stunning mural on the front of the cinema building 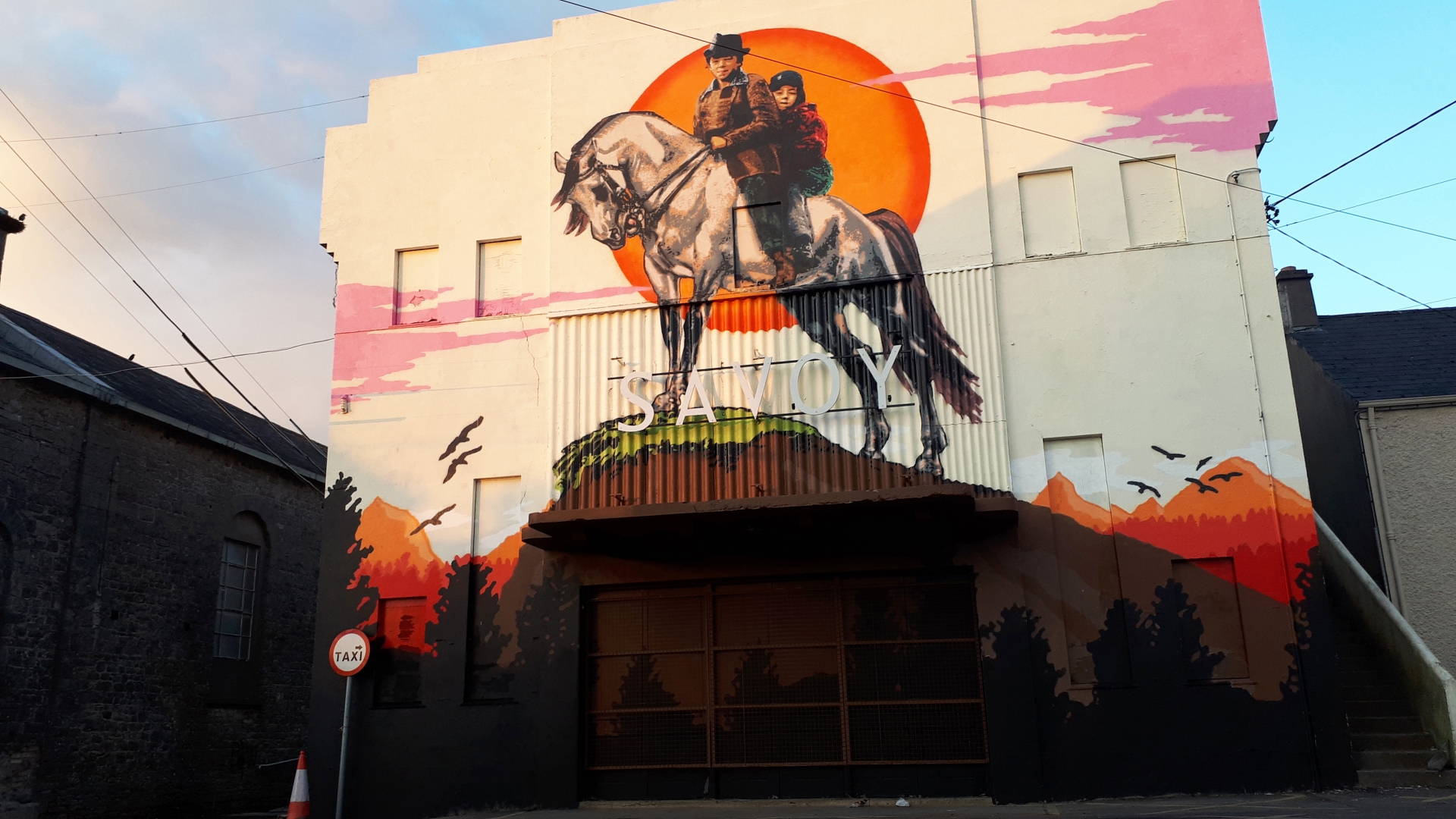