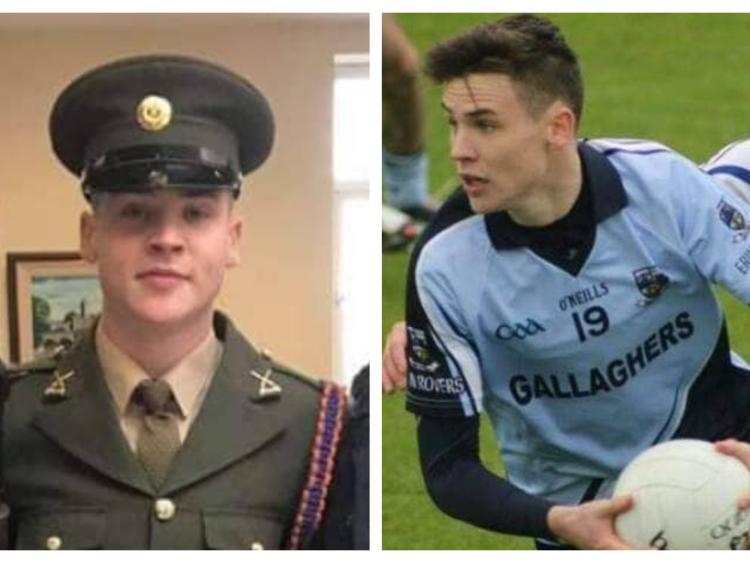 A young Offaly man has died after a tragic accident on the Abbey River in Limerick on Monday, June 10.

23-year-old Aaron Buckley, a talented Erin Rovers footballer, died after getting into difficulty while swimming with friends in the river in Limerick City.

The alarm was raised at around 2pm on Monday by a second man who had also been swimming.

A major search and rescue operation was launched by local emergency services and Rescue 115 – the Shannon-based Coast Guard helicopter – was also deployed to assist for a number of hours.

Volunteers from Limerick Marine Search and Rescue as well as Limerick Land Search Team were also deployed and a body was recovered from the water shortly before 6pm.

The man has subsequently been named locally as Aaron Buckley from Pullough, Co Offaly.

His beloved Erin Rovers GAA Club led tributes to the former soldier on Tuesday, describing him as "a very talented young footballer and very down to earth man who was always in good form and had a smile on his face."

He was part of the Erin Rovers team that won the intermediate title in 2017. The club also paid their respects to Aaron's grieving family.

"He will be a huge loss around the club not just for the football but for the man he was. He will be sadly missed by all his teammates, committee members, supporters and from all who knew him. May he rest in peace," the club said.

Local county councillor Ken Smollen also paid tribute to the young man. "He will always be remembered as a kind young man with a passion for sport and who served as a member of the Irish Defence Forces," Cllr Smollen said.

"I wish to thank Officer Buckley for his service to our country," the retired garda said.

Clara-based charity campaigner and family friend, Ronan Scully, posted a poignant poem as he paid tribute to Aaron and sympathised with his mum and dad, Edel and Alvin.

"Somewhere in the early morning of eternity, you are running free on the Fields of Heaven with the famous battalion number shinning brightly as ever on your back," it read.