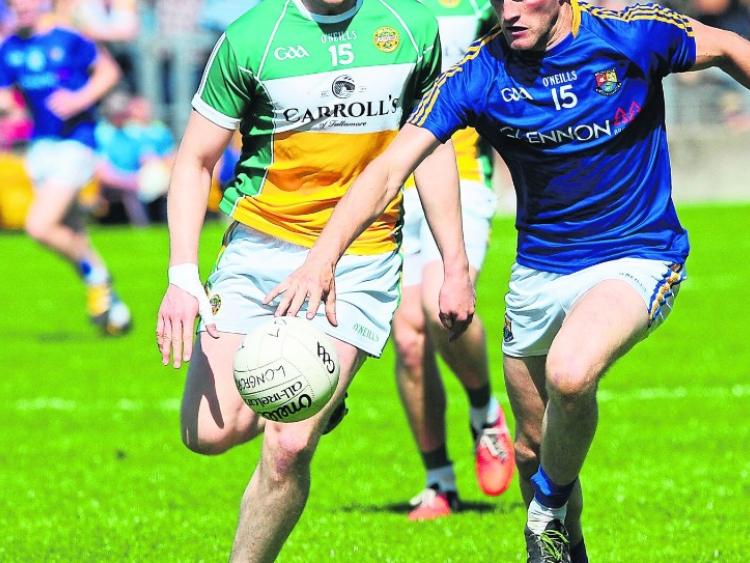 It's not often Offaly go into a game as 1/10 favourites but that is the weight of expectancy facing them when they play Division 4 basement side London in the first round of the All-Ireland qualifiers this Saturday, June 8.

The game throws in at 1.30pm at Bord na Mona O'Connor Park on Saturday.

Offaly are actually in decent shape this year under John Maughan On the face of it, their league campaign was fairly ordinary as they needed to win against Sligo and hope for a favour from Laois (to beat Carlow) in order to stay in Division 3. Thankfully, both of those scenarios played out in our favour but that kind of last gasp survival doesn't really tell the full story.

Ruling out the Down game which they lost heavily enough, Offaly were within a couple of points of all the other teams and even with a minimal slice of luck in a couple of games, could have been challenging at the other end; those are the fine margins in that Division.

Going into the Meath game in the Leinster Championship, there was a buoyancy amongst the fans, despite the relegation battle, and that is largely down to the soundings from the panel about manager John Maughan, appointed late last year. As an ex-army man, he has instilled a discipline in Offaly not seen for many years. They are fit and determined and that showed against Meath where they lost by two points.

Most people, including those in Meath, say the best team lost that day, and Offaly were excellent for 50 minutes but just failed to get over the line, a common thread throughout the league. That might point toward a mental stumbling block, but it was a warm day and the tactics were energy-sapping; pushing up on the kick-outs and filtering back and forward in large numbers.

Inexperience in the panel was most probably the main reason for Maughan going out and coaxing Niall McNamee back into the panel earlier this year and he's been central to a lot of their good work. He is still tearing it up at club level with Rhode and is still one of the top forwards in the county, so it wasn't a big departure for him to settle back into intercounty football.

The most notable performances against Meath came from Eoin Carroll and Peter Cunningham around midfield. Eoin, in particular, is one of those players who has unfortunately been plagued by injury. He's highly thought of and was the best player on the pitch against Meath. He and Peter Cunningham, himself cleared to play after suffering a shoulder strain, are good runners and capable of distance scores, always an asset.

Offaly will be confident of a win but that always comes with a health warning in Offaly as we haven't always carried the favourites tag with relish.

London travel to Tullamore in confident mood having nearly caused one of the biggest upsets in GAA history against Galway at McGovern Park in the Connacht Championship.

Ciaran Deely’s Exiles were a bootlace away from taking last year’s All-Ireland semi-finalists to extra-time – Sean Hickey just failing to get a toe on Killian Butler’s shot two minutes from time, with the Tribesman leading by just three.

In the end, Kevin Walsh’s Galway were grateful to escape Ruislip with a four-point win.

Centre forward Mark Gottsche, who doubles as London county board secretary and treasurer, played NFL for Galway in 2008. He made his London debut in 2011 when London took Mayo to extra-time. Gavaghan also made his championship debut in that game.

Fearghal McMahon played U21 for Monaghan, while half forward Barry Tully played for Cavan. James Hynes, David Carribine and Eoin Flanagan have all played for Sligo.

David Dunne – older brother of top Irish golfer Paul – is one of those to really break into the team this year, while Matthew Moynihan has cemented a place in the London defence. His cousin, Dara, has been impressing for Kerry this year.

Despite beating Wexford in Round 3 they were left propping up the league pyramid with a final points ‘for’ tally of just 4-57. Killian Butler accounted for 1-10 of those.

Defensively London have been hard to breakdown, however, and just four goals (one penalty) conceded in seven league games is testament to that. Galway also couldn’t find the back of the London net. Offaly have struggled for goals in recent seasons and will have to keep Butler quiet to keep themselves ahead.

The Exiles prioritised drilling home their set-up and shape, and the evidence could be seen against Galway. Their fitness levels were also mightily impressive.

Victory over Offaly would give the Exiles just their second-ever win in the qualifiers – their only previous victory coming in 2011 in a 0-15 to 0-9 win over Fermanagh. That ended 34 years without a championship victory for London.

They have won just four championship matches in all – in 1977 against Leitrim, Fermanagh (2011) and against Sligo and Leitrim in their run to the 2013 Connacht final.

Mark Gottsche, Philip Butler and London’s only ever All-Star nominee, Lorcan Mulvey, are the only survivors from the side that reached the 2013 Connacht final.

Offaly have shown enough progress under Maughan to beat London but it may be closer than the 0-17 to 1-7 scoreline recorded when the same teams met in 2016. London will be plucky and in Killian Butler they have a marquee forward but they may suffer from being overly defensive.

Offaly to win by five or six points.