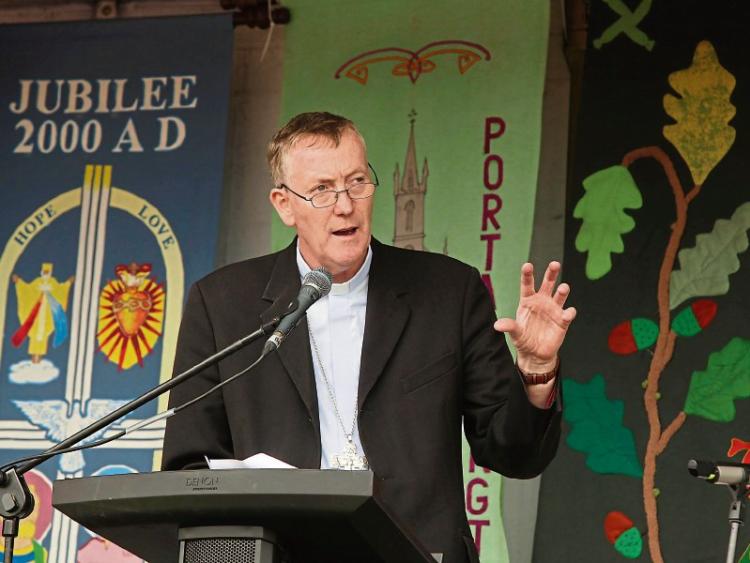 The Government should invest in marriage rather than asking people to vote in a referendum which speeds up divorce,  according to the Bishop of the Catholic Diocese that takes in parts of Offaly and several Leinster counties.

Bishop of Kildare and Leighin Denis Nulty made the call in a statement in his capacity as chair of the Council for Marriage & Family of the Irish Catholic Bishops’ Conference.

Bishop Nulty says Article 41.3.1 of the Constitution of Ireland  proclaims that ‘the State pledges itself to guard with special care the institution of Marriage, on which the Family is founded, and to protect it from attack.’

He says stable marriages and relationships contribute significantly to a happy and stable society.  The Bishop claims that the State has an alternative to the changes planned.

"Marriage is essential and fundamental for the good of society worldwide.  It is imperative that we continue to work together to promote marriage and family.  The objective of the proposed referendum is not to support marriage, rather to liberalise divorce.

"For this reason, it is important to reflect deeply on the implications of this referendum which seeks to expedite the dissolution of marriage.  The common good would be better served by supporting and resourcing couples and families in preparation for, and during marriage.

"We believe that the incidence of marriage breakdown and divorce could be reduced through the introduction of socio-economic policies which support the family and through long-term education strategies which promote values such as fidelity and commitment.  While this would cost money, the human and economic cost of breakdown and divorce, both for the couple and for their children, is a far greater cost.

"Also Accord, the pastoral agency of the Catholic Church supporting marriage and family life, offers courses to women and men who are preparing for the Sacrament of Marriage.  Feedback from Accord indicates that the experience of couples who have undertaken a marriage preparation course has been very positive and this has benefits for their marriage and family life.

"The Government should recommit resources to marriage preparation and invest resources into marriage enrichment.  Both initiatives will sustain marriages into the future and lead to great dividends for wider society," he says.

"A Word of Truth and Hope acknowledges that “there is possibly no greater loneliness than to share a home with a person with whom one can no longer share life or love.  Sometimes with great courage and support from those around them, it is possible for a couple to continue their married life and even to deepen their love.  Sometimes, however, marriage ends in divorce. He says that following the World Meeting of the Families and the visit of Pope Francis to Ireland, the Council for Marriage and the Family published A Word of Truth and Hope. He says this recognises that people are called to live their married lives in the reality of the world with all its opportunities and its challenges. He says it that for many reasons, even with the best efforts of the husband and wife, marriage sometimes reaches a crisis point.

"Our experience would suggest that many divorced people have no wish to remarry.  Many, inspired by faith, seek to remain faithful to the promises which they made before God, while others, eventually, do remarry civilly or enter into new relationships”.  Our understanding of the Church as a “loving mother” and the parish as a “family of families” endorses our pastoral approach as Church in accompanying people in the brokenness and pain of their situation," says the statement.

If passed the referendum will allow the Government to move legislation that will allow a reduction in the time couples have to be living apart before they can get a divorce. It will also allow for the recognition of foreign divorces.

MORE ON THE VOTE AT WWW.REFCOM.IE