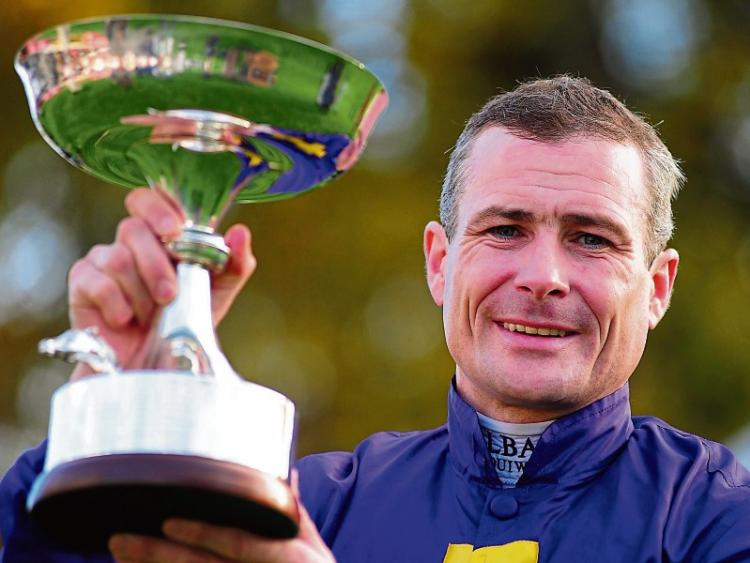 Offaly jockey Pat Smullen has officially taken the "sad" decision to retire from race riding after receiving advice from his doctors.

The nine-time champion jockey was forced into an indefinite break from the sport after a pancreatic cancer diagnosis, in 2018, which he continues to fight following a number of surgeries.

Rhode man Smullen is one of the most successful jockeys of all-time. He began his career in racing as a young apprentice with Joanna Morgan in the early 1990s before going on to forge a formidable partnership as retained rider with Curragh-based trainer Dermot Weld.

In that guise, Smullen achieved success all over the world, from the 2,000 Guineas in Britain to the Breeders' Cup Marathon in the United States. He is also a dual Irish and Epsom Derby winner, a feat he achieved in the same season in 2016 aboard the Dermot Weld-trained Harzand.

He was also voted 'Offaly's All-Time Great' in a public vote held by the Offaly Express in early 2019.

Smullen officially announced his retirement on Tuesday, May 7, two weeks shy of his 42nd birthday. He said it was a case of putting his body and family first.

He revealed to the Racing Post that he has now finished his cancer treatment but will have regular checkups due to the risk of it returning.

Despite no longer tackling the extremes of race-riding, including making weight, Pat intends to ride out for his long-time boss, Dermot Well at his Kildare yard, Rosewell House.