Offaly fashion designer named as 'one to watch' at prestigious awards 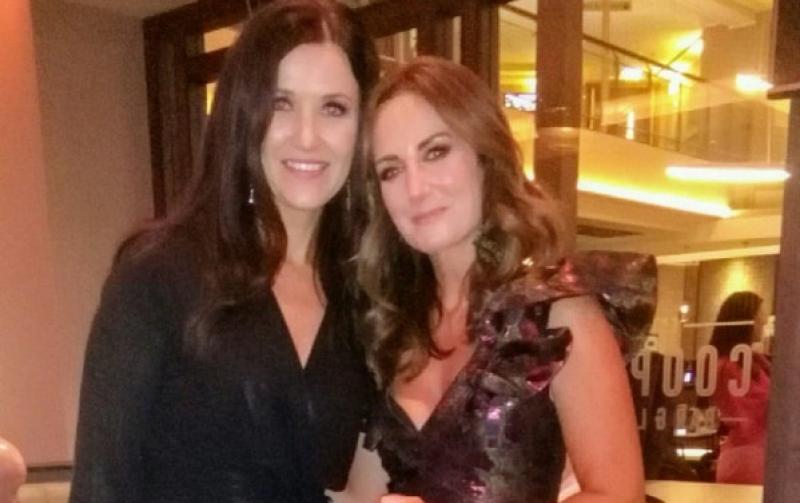 Offaly fashion designer Charlotte Lucas has won national acclaim after being named in the 'Ones-To-Watch' category at this year's Irish Fashion Innovation Awards.

The glamour-filled event took place at the Galmont Hotel in Galway last week, where Charlotte's Next Day designs - a bridal capsule collection - wowed all in attendance as they made their national catwalk debut.

Among those impressed, was celebrity presenter Lorraine Keane, one of the driving forces behind the Fashion Relief fundraiser.

Speaking after the Awards, Mount Lucas native Charlotte, who graduated from the Dublin Institute of Design in 2013, and who has worked in the fashion industry in both London and Paris, said it was an honour to be involved in such a prestigious occasion, as the night also happened to mark the 10th anniversary of the Irish Fashion Innovation Awards.

"I was thrilled to be nominated in the Ones-To-Watch category of the Irish Fashion Innovation Awards this year. It was an honour to be part of such a prestigious event, and especially to be named amongst such immense talent on the 10th anniversary of the Awards. For my work to be recognised at a national level, and showcased among fantastic Irish design talent, that was a dream come true."

Charlotte has worked with bespoke bridal designer Dawn Fitzgerald, as well as Irish fashion houses Jennifer Rothwell and Fee G. Charlotte's Next Day collection is inspired by the romance and decadence of a bygone era, while epitomised by modern elegance with a timeless, feminine, and effortless attitude.

Each piece in the collection is individually handcrafted, using delicate fabrics, fluid silks, and modern lace. The Next Day theme references the day after a wedding, although this luxurious collection is also perfect for rehearsal dinners and bridal showers.

It also offers the ultimate in stylish alternatives for brides looking to take a step away from tradition, and wear something more unique on their big day.

If you want to see Charlotte's work on the catwalk, she will be showing again at the ARC Fashion Show in the RDS in Dublin on March 28, alongside international Irish designers.