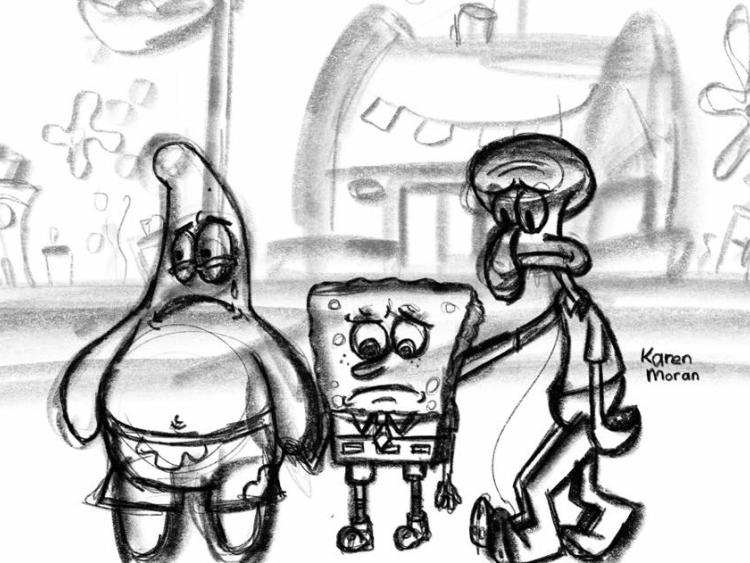 An Offaly artist has paid an incredible tribute to Stephen Hillenberg after the Spongebob Squarepants creator passed away on Monday.

Having drawn a moving cartoon of Hillenberg's most famous characters, Spongebob, Patrick and Squidward arm in arm, Karen Moran posted the following message on her Facebook page.

The Croghan artist said, "Thank you for my childhood, Stephen Hillenburg, RIP." Hillenburg died on Monday at the age of 57 due to complications associated with ALS.

The animator had revealed in March 2017 that he had been diagnosed with amyotrophic lateral sclerosis (ALS), a terminal illness that affects and causes the death of neurons that control the brain and the spinal cord.

He continued to work on the long-running Spongebob Squarepants until his death. He remains one of the most successful children's television shows of all-time.

Karen, herself an aspiring designer and animator, is currently studying Animation & Illustration at Athlone Institute of Technology and counts Hillenburg among her inspirations for following such a career path.