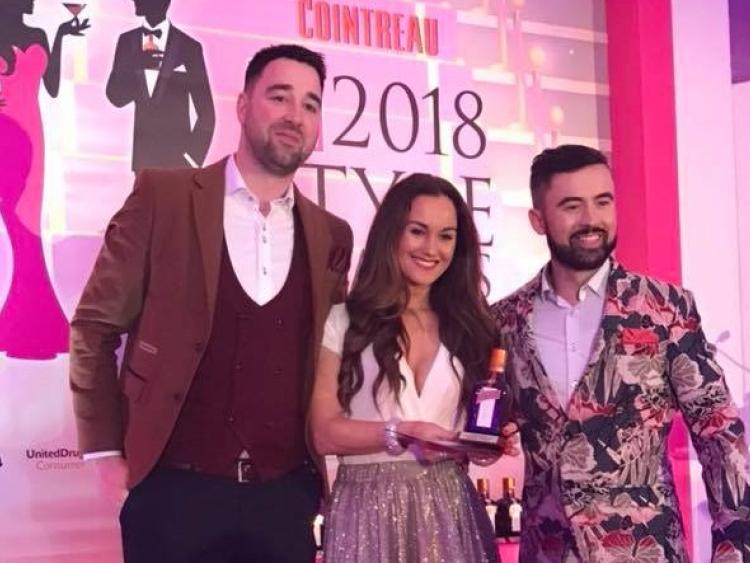 Anthony and Kara Kearns at the awards ceremony recently

As Guy Clothing Tullamore and its sister store KODE prepare to host their annual fashion fundraising extravaganza THE SHOW this week, owners Anthony and Kara Kearns found themselves with reason to celebrate at the weekend when Guy Clothing was crowned Hi Magazine’s Most Stylish Menswear Store in Ireland at a glitzy awards night in Cork on Saturday.

'Hi Style' is Ireland’s number one social and style diary, focusing on local and national beauty, fashion, profile pieces, and much more besides. For Anthony, the first surprise came with being nominated for the award, as the successful businessman points out that neither he nor Kara are ones for taking things for granted.

“Well we’re busy all year round, thank God, but at this time of the year, as anyone involved in any kind of retail will know, everything shifts up to another level completely in terms of being busy. And you’re always planning ahead as well, so while Christmas is just around the corner, the nature of our business is that we already have our eyes fixed on horizons beyond
that too, thinking about the summer of 2019, for one example," he explained.

"So in the middle of all of that came the news that we’d been nominated, and that in itself was a surprise. It’s just not
something that you ever think about happening, or ever expect to happen.”

On Saturday night, it's fair to say Anthony was surprised to hear the name 'Guy Clothing' called out as the winner. “Total shock. That’s the honest answer. Delighted as well, of course, and very honoured that people think so highly of what we do," he commented.

"We have a fabulous team in place who make sure that all of our customers are taken care of, of course. So it’s a bit like sports, it’s a team game and a team who win something like this, myself and Kara just happen to be the ones who get
to raise the trophy, if you like."

"But definitely, when the result was announced, there was a sense of disbelief. But it’s great, we’re very pleased about it.”

It’s pretty much the perfect start to a big week for Anthony and Kara and everyone involved with Guy Clothing and KODE, as their annual fundraising event, THE SHOW, is all set to take place this Wednesday night.

“That’s right, it’s all systems go for THE SHOW now. We have a fantastic night lined up for everyone, and the main reason we’re all doing it is to help out two amazing causes in Offaly Down Syndrome and the Tullamore Oncology Unit. We have all of our brand ambassadors coming along, including Mike Denver and Shane Dooley, and on the ladies side of things we’ll
have Grainne Walsh who’s a brand ambassador for KODE, but also two of the most popular female artists in Irish country music, Philomena Begley and Olivia Douglas."

THE SHOW takes place this coming Wednesday, November 28, in the Bridge House Hotel, Tullamore. Tickets are just 15 euro, and are available from Guy Clothing, KODE, and hotel reception.