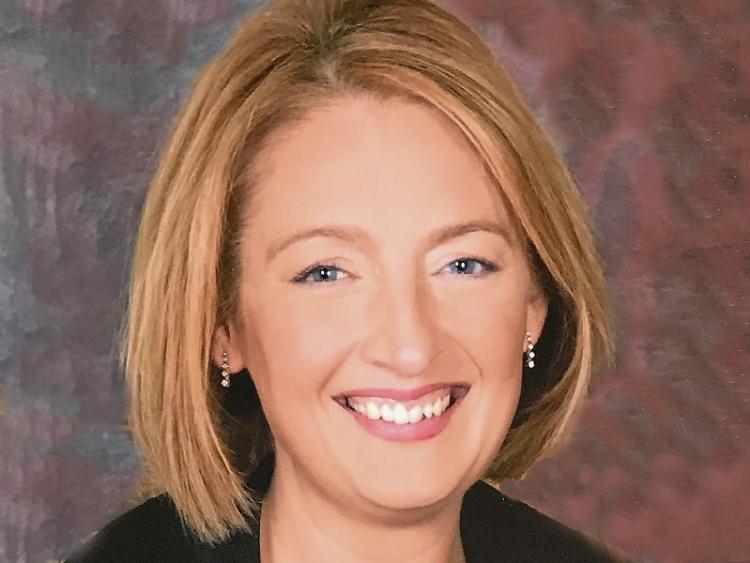 Traynor, who is also the chairperson of Edenderry Chamber of Commerce, told the Offaly Express that she made her decision to withdraw despite "a successful interview" with the party's top brass last week.

At the recent Offaly Fianna Fail selection process, Barry Cowen was chosen by the local membership to contest the election. It was then decided that Fianna Fail's headquarters would nominate a second candidate on the Offaly side of the constituency.

"After much consideration and subsequent discussions and a meeting with Fianna Fail headquarters, I decided that I would withdraw my name from consideration."

"It is with a heavy heart for me, having received nominations for the General Election ticket, I have been hugely privileged, and it has been an experience for which I have no regrets," Christine commented.

"I am proud to have had the opportunity to represent my party and I will continue to do so. I accepted the nomination and I entered the race because I believe Fianna Fáil are ideally placed to win an additional seat in Laois-Offaly even though it is a highly-competitive constituency."

Speaking of her reasons for removing her name for consideration, Christine said, "To be honest, it is not easy to manoeuvre the party structures and the political climate that exists is challenging."

"I had great support within the party and I am grateful to all those who did support me on this quest. Apart from the usual work-related reasons, including having a large caseload to manage, it was complex in the sense that there were lots of factors," Christine explained of her decision.

"As you know this would have been my first attempt, with never having run in an election before, and even with party support, this would be a monumental but not insurmountable task. I had to also take account of the political landscape locally," she added.

"There was always the question of a female being added to the ticket but for me, I had to look beyond that and think about what was best in the long-term for me."

"All parties need more women and young people generally to get active and to get involved in politics. Women need to be active themselves, and with women representing 51% of the population, we are grossly under-represented in high levels and especially in politics," Christine remarked.

"I do believe that we should not be afraid of change, and the status quo needs to change, all parties have to consider their future and how people generally participate in local politics."

"I think there is a responsibility on political parties from grassroots up to ensure that a positive environment exists which will allow full participation for women and younger people. As you know to get the best out of people requires leadership.  I believe that we must put forward the best candidates whenever the opportunity presents itself," Christine continued.

When asked about a possible tilt to join the ranks of Offaly County Council in the future, Christine said, "I would be keen to continue working within and for the community in the meantime, but I have yet to make a decision about the Local Elections next year."

"It had been my intention to run in the local elections first, as I think it is a huge step to go from no political experience into Dáil Éireann, only a handful have ever achieved this."

"But I now have to consider all that has happened so I have postponed making a decision on the Local Elections. I could never rule out running for the General Election, I have always been loyal and committed and I am a hard worker and should the opportunity present itself again, you never know, but presently, I feel now is not the time," she concluded.