Barack Obama statue to be unveiled in Offaly

The statue will be unveiled by Barack Obama's Chief Speechwriter 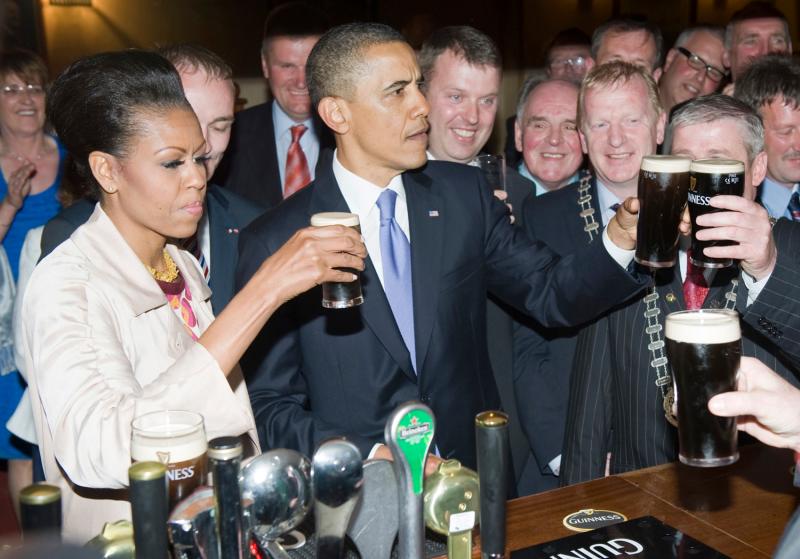 A statue of former American President Barack Obama is set to be unveiled in Offaly next week.

The unveiling will take place on Monday, August 20 at 1.30pm at the Barack Obama Plaza in Moneygall

Barack Obama’s Chief Speechwriter will be on hand to unveil a Mark Rode statue of the former President and First Lady, Barack and Michelle Obama, adjacent to the Visitors Centre at The Barack Obama Plaza.

Cody Keenan is known as the ‘Irish American Hemmingway’ and is best known in this country as the author of the iconic ‘Is Féidir Linn’ speech delivered by the former President Obama on College Green in Dublin during his visit here in 2011.

Mr Keenan has been a speechwriter for President Barack Obama for more than a decade, rising from a campaign intern in Chicago to Director of Speechwriting at the White House. Through times of challenge and change, Cody has helped President Obama craft remarks on every topic for every audience – from tiny backyards in Iowa to the biggest stadiums in the country; from a sermon in Selma to his farewell address.

The renowned sculptor, Mark Rode, has created an intimate bronze statue of the couple in recognition of how The Barack Obama Plaza has become a popular stopping point for so many along the M7 Motorway. The owner of the Plaza, Pat McDonagh, has always committed to helping ensure the story of Obama’s Irish Ancestry and his connection to Moneygall village will be promoted.

The event will be a celebration of the former Presidents connections with the area and also how the Plaza has become a central hub for community and business organisations in the region.

“There is still a very deep connection between Barack Obama and the Moneygall area,” Pat McDonagh said. “A lot of tourists that come to our Barack Obama Visitors Centre are keen to learn about his connection with the area. These are tourists from all over the world and they might not have known about his ties to the region. This statue of Barack and Michelle will help to strengthen the understanding of those ties. I am delighted with this statue by Mark Rode and I am particularly delighted that the former Presidents chief speechwriter, Cody Keenan, will be on hand to unveil it.”

During the next 14 years Mark Rode completed many public sculptures including the Quiet Man statue in Cong, The Kerry Football statue in Tralee, the Tour de France statue in Enniscorthy, the Titanic Memorial in Laherdane, the Thomas MacDonagh statue in Cloughjordan and many more. He has also created sculpture for private commissions and exhibits with the Oriel Gallery in Dublin.