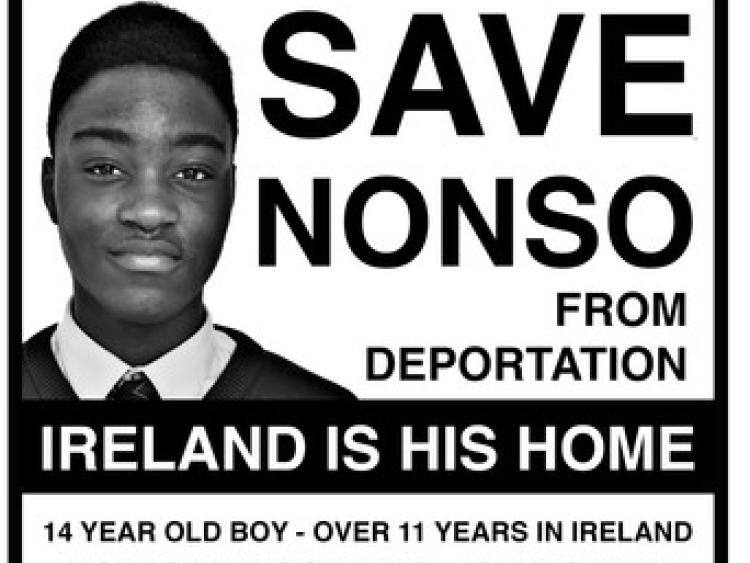 Campaign to save Offaly family from deportation reaches the Dáil

A petition, signed by 20,000 people, asking Minister for Justice Charlie Flanagan to halt a deportation order against an Offaly family will be delivered to the Dáil on Thursday, June 14.

Nonso Moujeke, a Tullamore College student, and his family face deportation to Nigeria unless the Minister steps in, despite Nonso (14) living in Ireland since he was two years old.

The Muojeke family moved to Ireland after Mrs Moujeke's husband died and she became the property of her brother in law, as is custom. She fled an abusive relationship with her two young sons.

Justice Minister Charlie Flanagan is coming under increasing pressure to overturn the deportation order which was upheld in the High Court last week.

An emergency meeting with politicians and delivery of the Uplift petition - signed by 20,000 people - has been organised at the Dáil tomorrow at 12pm. Organisers are hoping for supporters and politicians to turn out in support of the petition.

In order to continue to put pressue on Charlie Flanagan, campaigners are calling on people to email their local TD and the Minsiter himself to advocate for the Muojeke family to be allowed stay in Ireland.