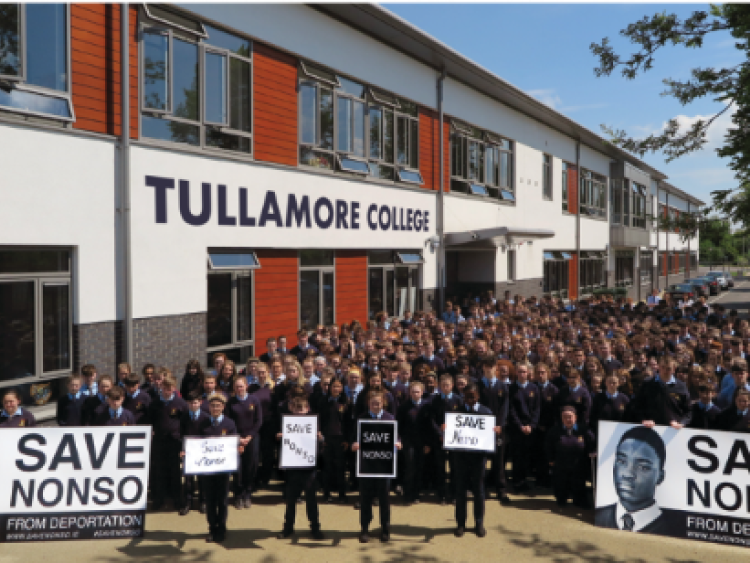 Campaigners for the #SaveNonso movement aimed at saving Tullamore College student Nonso Muojeke and his family from deportation has written a letter to Minister for Justice, Charlie Flanagan.

The story of Nonso has received huge attention as the 14-year-old, his older brother and University of Limerick student Victor, and their mother face being sent back to Nigeria within days, barring a successful Supreme Court appeal of Ministerial intervention from Charlie Flanagan.

A petition calling on the Minister to save the family from deportation has now received almost 20,000 signatures from across the world.

The letter signed from the 'Tullamore Community' appeared in the Leinster Express newspaper this week. It read:

Please listen to us. Nonso is a 14-year-old-boy who has lived almost his entire life - over 11years in Ireland.

He is facing deportation.This will inflict great harm on this young boy. Deporting a child is not right and serves no purpose. You have the power to keep Nonso where he belongs- with his friends and community who love and care for him in Tullamore.

We hope you lead with compassion and keep this young boy here. Ireland is his home. It is your decision, Minister Flanagan and we beg you, make the right one.

Nonso has been in Ireland since he was two years old. Nonso's mother moved from Nigeria to Ireland after his father died in 2006 and she, as a widow, became the property of her husband’s brother, as is the custom. She suffered mistreatment in that relationship and was forced to flee.

The family spent time in Direct Provision before moving to Laois and later to Tullamore with they became a part of the community.

The boys friends also recently released an emotional plea to the Minister to prevent the deportation, describing them as friendly, bright, intelligent boys who identify totally as Irish.