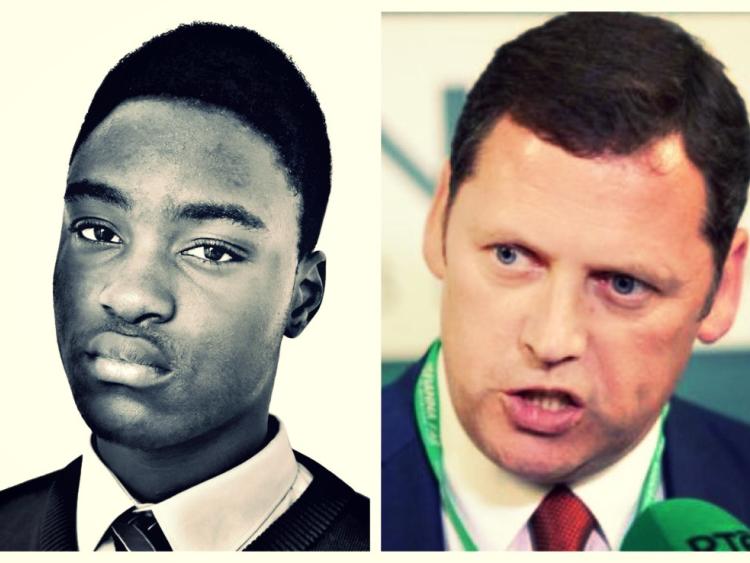 Fianna Fáil TD for Offaly Barry Cowen has called on Minister for Justice Charlie Flanagan to use his discretion to ensure that Nonso Muojeke and his family can remain living in his local community.

The 14-year-old Tullamore College student is facing deportation to Nigeria along with his mother and brother unless a number of legal challenges or the Minister comes to their rescue. An appeal and petition for Flanagan to step in has amassed over 18,000 signatures.

Deputy Cowen said, “The High Court has confirmed the deportation order made against the Muojeke family and they have been ordered to leave the country which has been their home for the past 12 years, within ten days."

"They have been ordered to return to a country that Nonso, the youngest son, has not lived in since he was 2 years old and does not speak the language. The family are seeking leave to appeal this decision to the Supreme Court."

“It is clear that the Minister for Justice Charlie Flanagan must now stand in and give the family permission to remain on the basis of humanitarian grounds. Minister Flanagan has the discretion at his disposal to ensure that the deportation order is not acted upon," Cowen said.

“I will be raising this time sensitive issue with Minister Flanagan in the Dáil next week and urging him to exercise his discretion in favour of allowing this family remain in the country.”