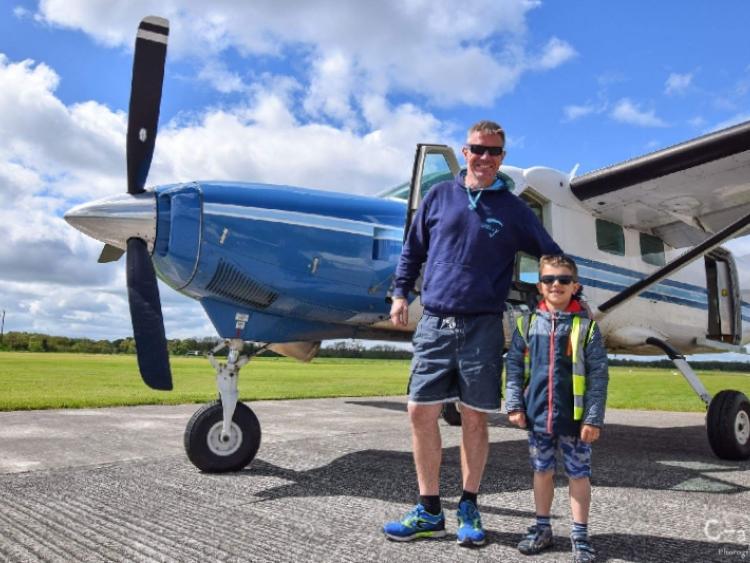 A GoFundMe campaign launched to support the families of pilot Niall Bowditch and 7-year-old Kacper Kacprzak who were killed in a plane crash in Offaly on Sunday, May 13, has now surpassed €40,000.

Bowditch was an experienced pilot and flight instructor and was a regular at the Irish Parachute Club in Clonbullogue, while Kacper was the son of a club member who was one of 16 parachutists that had jumped from the Cessna Caravan aircraft moments before it crashed near Mount Lucas at 3pm on Sunday.

Allaiouti Hassan set up the GoFundMe page on Monday, May 14 with a €20,000 target, and the campaign had reached its original goal within 24 hours.

Launching the campaign page, Allaiouti said: "We are heartbroken by the loss of two cherished members of our family at the Irish Parachute Club, little Kacper, son of our dear friend and fellow skydiver Kris, and Billy [Niall], a true gentlemen and a thoughtful and great pilot."

"This is a difficult time for us all. I know that our skydiving family and the wider community want to come together and do what we can to support the families affected by this tragic accident. I myself have a son the same age as Kacper who loves planes. Having met Kacper at the club I know he was such a beautiful boy who would touch anyone’s heart," he continued.

"Please everyone let’s support their families at this tragic time. Every donation counts, no amount is too small or too big. Let’s show these families what they mean to us all. Please feel free to share this GoFundMe page with all your family and friends."

Air crash investigators are still probing the cause of the crash that happened after the Cessna Caravan aircraft came down on bogland near Mount Lucas, shortly after taking off from the Irish Parachute Club in Clonbullogue.

The pilot and young boy were the only people on board the aircraft when it crashed having released a team of 16 parachutists minutes earlier.

You can donate to the GoFundMe campaign by clicking here.