She has called for action in the Dáil 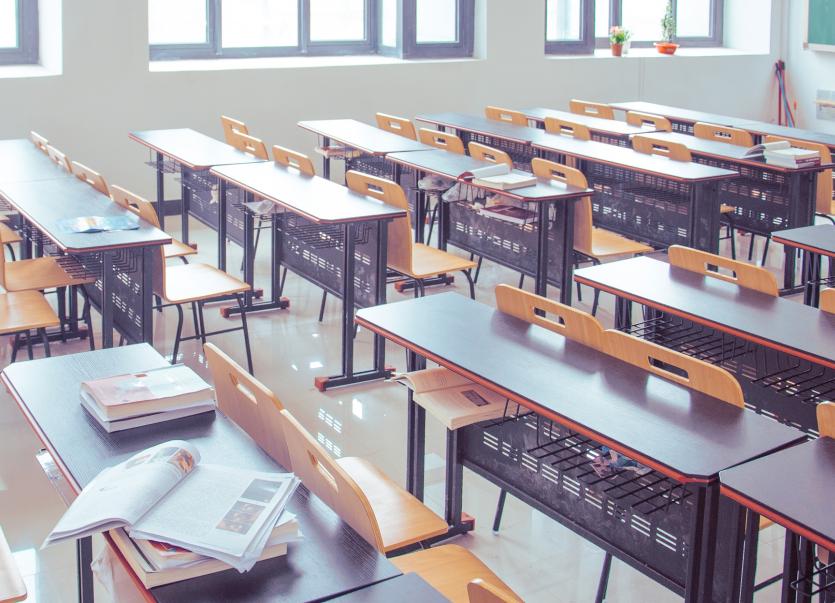 Yesterday in the Dáil, Sinn Féin TD Carol Nolan stated that “we are amidst a chronic teacher shortage crisis which, if allowed to continue, will have a catastrophic effect on an entire generation of school children."

"As I see it, the problem is multifaceted. At a time when school enrolment is on the increase, large numbers of teachers are headed for retirement whilst others are leaving the profession or heading overseas because of dissatisfaction with working conditions the profession is now seen as less desirable than it once was," Deputy Nolan said.

The Offaly TD was speaking at Private Members Business on a Motion on the nationwide Shortage of Teachers. In her speech she spoke to many of the intersecting issues which are contributing to the crisis. CAO points dropped significantly in 2017 with a small reduction in applications for Primary teaching courses but there was a marked reduction in applications for Secondary Teaching courses with most decrease being for specialist discipline courses such as Home Economics.

"Teacher shortages are particularly severe in the areas of special education, maths, science, and languages as well as in locations with higher costs of living such as the greater Dublin area. And whilst geography plays a role, socio-economically disadvantaged urban and rural schools shoulder the greater shortages as by-and-large; the shortages
disproportionately impact low-income pupils and students with specific learning requirements. Meanwhile, Teacher Unions insist that the two-tier pay gap is causing the crisis in filling short absences."

“I first experienced the shortage of teachers first hand in 2012 in my role as Acting principal of a Gael Scoil and this is now evidenced in a recent survey of more than 800 Principals  which was undertaken by the Catholic Primary Schools Management Association (CPSMA)," Carol told us.

"Whilst the Minister for Education Richard Bruton has acknowledged the difficulties in finding substitute teachers, his Department meantime has stated that it believed there was no issue with recruiting extra teachers. One data set from the CPSMA survey indicated that more than 80% of respondents claimed they were finding it harder to recruit substitute teachers this year compared to last year, indicating that the shortage is getting worse," Carol said.

"This concern is shared by the Irish Primary Principals Network (IPPN). However the Department of Education claims that schools are struggling to hire substitute teachers because teachers were taking up full-time roles. The fact is that out of 15,500 days of teacher absence between 1 September and October 31st 2017, schools had been unable to replace teachers for almost 4,000."

It was further revealed that almost 5,000 days were covered by non-registered teachers. The survey also
revealed that Gael Scoileanna are having particular difficulties and that special education teachers are being redeployed to supervise in mainstream classes.

“I am not alone in believing that these shortages will, in time, have a detrimental effect on the quality of education being provided to pupils particularly to those with special educational needs,” Carol remarked.

"Whilst the Department of Education confirms that more than 5,000 additional teachers have been hired in the past 18 months, many schools cannot find the right teachers. This would appear to be a discrepancy between the subjects which many teachers are qualified to teach versus school requirements for entirely different subjects such as science, maths, Irish and other languages. The most challenging subject areas to fill vacancies were Irish, French, maths, home economics, German and science."

"It is now accepted that what the TUI referred to in 2015 as the ‘rampant casualization’ of the profession, with part-time contracts as low as four-hours per week, has compounded the problem.  But there is little sign of urgency in tackling the staff shortage problem to date," she continued.

"The policy response has been to place a greater emphasis on the use of retired or student teachers. Whilst there has been a concerted move by Principals and Managers to urge the lifting all restrictions on employing retired teachers and making it easier for foreign teachers to work here, much more decisive measures are needed."

"Demand will continue to increase over the next decade as the school age population increases therefore strategic measures must be addressed now. Stronger oversight of the teacher education system is required to help ensure there is a better outcome of matching teacher supply with demand and conversion courses and up-skilling for existing staff are essential."

Deputy Nolan concluded by saying, “Minister Bruton has spoken of his ambition to build the best education system in Europe but it is patently clear that this current strategy will not achieve any such outcome as bad policy can reap nothing but negative consequences."