The town has suffered in recent years 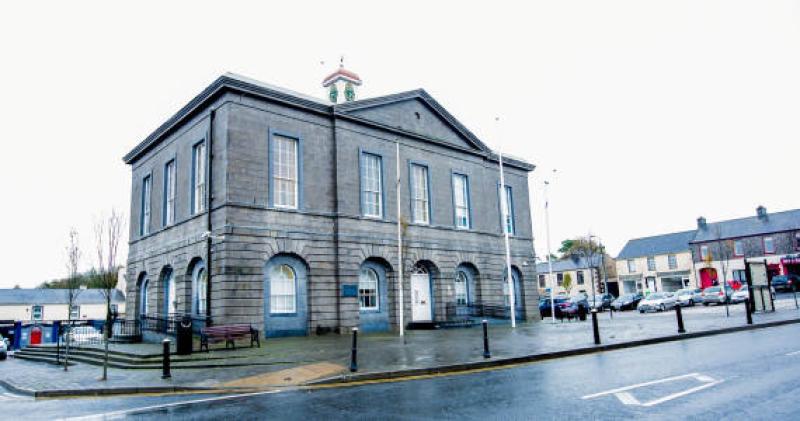 Edenderry has been an embattled town for quite a number of years, and has even been earmarked by residents as 'Offaly's forgotten town.' Less than an hour from Dublin City and yet it still features on commercial vacancy lists as one of the worst in the country.

With its proximity to Dublin and its growing population, Edenderry is a town with huge potential, and yet there seems to be barriers to progress, rooted in governmental indifference and planning blunders over many years.

Here is our list of the things that could rejuvenate the North Offaly town:

Cinema - The dilapidated structure of the old cinema in O'Connell Square has been a constant reminder of the amenities Edenderry once had, and many locals will have memories of school trips walking to that cinema or meeting friends there on weekend nights. A cinema is not essential and people will say there are bigger priorities, which is true, but a cinema can draw people from all of Edenderry and its environs, possibly creating an opportunity for food and drink businesses to sprout from its presence in the Square. It's an area of the town that has all but died in business terms and needs a major lift.

Shopping in the centre of the town - Another eyesore and ghost of Edenderry's past is the old Tesco building on JKL Street. It has been boarded up for years, and although it has been admirably painted with bright murals in recent months, the site itself still represents the depths to which the centre of the town has plunged over the last ten years. Its closure and subsequent demise of the town centre coincided with Tesco moving to the Dublin Road, along with Lidl and Aldi, where they were later joined by Heaton's. The 'doughnut effect' ripped the heart from JKL Street and made it convenient for people to simply drive through it on their way to the shops. Other former main street shops, Ryan's Pharmacy and Bergin's Butchers, along with Dunnes Stores, were then placed into a mini hole behind JKL Street. The wisdom of all of this is rightly questioned by locals, and the calls for one of the supermarkets or a department store like Penney's to move to the centre of the town are justified. An anchor tenant like that would draw people back to JKL Street, creating much needed footfall for the businesses, new and old, currently trying to make their trade there. Instead of rates increasing, a specific incentive rates system should be introduced to show that planners are making a concerted effort to save Edenderry.

Parking - There is no point putting a cinema or anchor store in the middle of the town if the parking issue is not going to be resolved. A recent plan to pedestrianise O'Connell Square has been massively criticised for that very reason, showing people's frustration with the parking arrangements in the town. That plan could actually work if parking was provided elsewhere close to the centre of the town, somewhere that could be accessed from three or four different routes. Free parking incentives, like those employed coming up to Christmas, could bring people to the town, allowing for shops, pubs, cafés and more to get people through the door, and not driving past it.

Inner Relief Road - Once more, none of the above suggestions would work without the long-awaited and much talked about inner relief road. Edenderry becomes a bottleneck as those heading for Tesco, Lidl and Aldi, people going to and from work, as well as school traffic, all funnel through the centre of the town. It is practically unavoidable with the current road network. Shane Ross was apparently positive on the idea when he visited the town in October, but there's been plenty of good will before without any action. An inner relief road would take the pressure off and could also be used to contribute feeder routes to additional car parks adjacent or behind the main street on the Carrick Road side of the town. Traffic congestion would be alleviated and people would not be turned off actually heading into town. They might go further than just the outskirts!

Roads Resurfacing - Completing the considerable transport end of this list is resurfacing works which are on the way according to the council. Motorists hit potholes right in the centre of Edenderry on JKL Street, the most important street in the town. It is a bugbear of people from across the town, both on the main street and in their own areas, including Clonmullen, Castleview and others. Without an extensive and well maintained road network, people will not be drawn to Edenderry. This is all a process, and it's a case of fix the roads we have before building others.

Foreign direct investment - Even recent reports have shown that the IDA made just five visits to Offaly over the last two years. A business estate built just before the economy crashed lies virtually empty at the top of the town heading for Rhode, perhaps a 10-15 drive from the M6 Motorway. On the other side, we are less than 20 minutes from the M4. If there was a link between the M6 and M7 motorways running close to Edenderry, we'd be one of the best connected towns in the Midlands. And yet it seems the will is not there to invest in the area. Edenderry has always been a town built on industry, from Alesbury's to the Shoe Factory, O'Brien's to Bord na Mona. So, why now are none of the multinationals attracted to Edenderry? Quite simply, because we're not being sold to them. They arrive and are directed to the docklands in Dublin, Athlone in the Midlands, Cork, Limerick or Galway. Five IDA visits to the entire county in two years says it all.

A tourist attraction - We don't do as well with respect to tourists as West Offaly, despite being closer to Dublin where most of the tourists originate having arrived from abroad. Admittedly, a lot of the West Offaly draw comes down to the Shannon, but surely we in Edenderry can utilise the canal in our favour. A greenway track connecting the likes of Galway and Dublin and all the counties in between has been mooted many times, but hasn't quite come to fruition. The canal as a cycling, walking or running amenity has not quite been marketed effectively, and if anywhere needs something like the Ancient East or Wild Atlantic Way, it is the Midlands. There is also considerable European fishing tourism that we could tap into more than we are currently doing, especially when Britain leaves the EU and fishing trips there for Europeans may be somewhat complicated, directing plenty of them to Ireland.

A festival - Every year, festival and event goers head to the Midlands, but unfortunately not to Edenderry. Castlepalooza in Tullamore, Body and Soul in Westmeath, Electric Picnic in Stradbally. They all attract thousands of visitors, and yet we can't have something similar. The appetite is there. As the saying goes, 'build it and they will come.' What is to stop Edenderry hosting a Floating Theatre Festival or concert, utilising the harbour yet again, or staging an even bigger event elsewhere, filling pubs, restaurants and cafés for two or three days a year? What a boost that would be to some of those business owners in the town. These things invariably start small before growing and with Edenderry's central location in the country, much like Tullamore for the Ploughing Championships, we could be perfectly located for a big festival of that sort.

Housing - There are very few places to rent or buy in Edenderry, and it is acting as a deterrent for new people moving in, and even locals staying local. How many times have you heard of people from Edenderry being forced to head for the likes of Mullingar, or moving to the likes of Kildare and Meath? The town needs both social and affordable housing, and it needs them quickly. Even people in a position to buy, who might want to stay living locally, have nowhere to set up their home in Edenderry.

Full Time Garda Station - Nearly everyone reading this will have a story of getting no answer at the local Garda Station when they ring to report something, perhaps on a Friday or Saturday night. Very often they will get through to Tullamore, and although they respond, they take over half an hour to get here. For a town the size of Edenderry, that is beyond unacceptable. Elderly people especially, who are not in a position to protect themselves effectively against crime, are left exposed and vulnerable because criminals know when the guards are there and when they're not. The Gardaí can form an important part of a community, in both the prevention of crime and community events and initiatives. The Gardaí in Edenderry have been involved in such things in recent years and for many years, but we need more of it. How many of you can actually name an Edenderry based guard?

All that being said, surely everything on this list would be more likely if we had a local TD to fight our corner.

What have we forgotten? Let us know what you think could help Edenderry become a better town.

And on a similar theme, click here to read the ten things we think Tullamore needs to improve the town