Offaly tourists evacuated as Hurricane Irma bears down on Florida 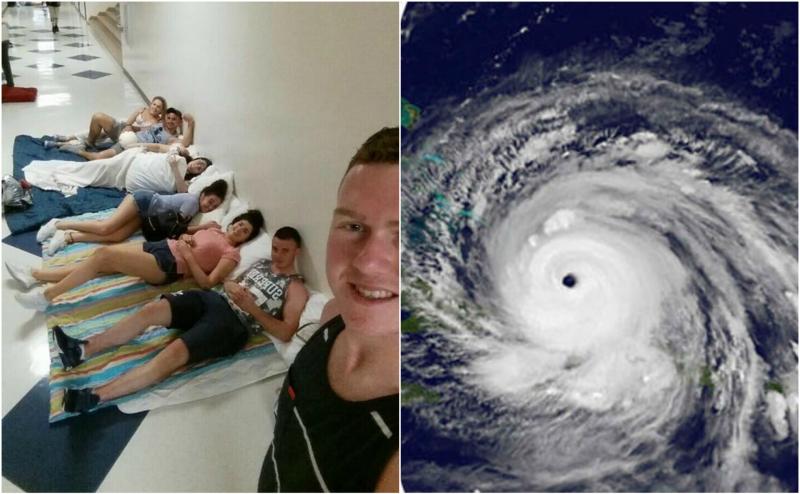 Offaly tourists evacuated as Hurricane Irma bears down on Florida

A group of Offaly tourists been evacuated from their Florida holiday home as Hurricane Irma bears down on the State at Category 4 force.

The historic hurricane is expected to make landfall in the Sunshine State in the early hours of Sunday morning having already ravaged the Carribean islands.

A group of seven tourists from Edenderry and Daingean made their way to a holiday home on the island of Anna Maria on the west coast of Florida last week for a dream end of summer trip.

Natalie Seery explained to the Offaly Express how they were informed of the incoming weather system and the steps they needed to take to stay safe.

"On Friday evening we received a mandatory evacuation order from the governor, so we left this morning and headed for a hurricane shelter on the mainland," she said. "The emergency services then rang the house and just told us to go and that shelters would be open from  on Friday."

"We are in Manatee County in a shelter at a High School," Natalie explained. Authorities in Manatee County have issued a voluntary evacuation order of Level B hurricane level. 22 schools across the have been converted into makeshift shelters.

"It's absolutely terrifying here," Natalie told us. "The weather isn't bad at the moment but we reckon we will be locked in this high school until Monday as the storm is expected to hit us here tomorrow evening."

Up to 20 inches of rain could hit Florida in the coming days as winds up to 160mph rage through the area. Hurricane Irma is actually wider than the entire state of Florida, the largest hurricane ever recorded in the Atlantic Ocean.

It is larger than the devastating Hurricane Andrew that hit the state, killing 60 people and destroying 125,000 homes, in 1992.

Natalie explained that the group didn't try to get flights out because "there was no point." "The roads were all bumper to bumper with traffic so we wouldn't have made it to the airport and would have got stuck on the highway." A petrol shortage also halted any chance of driving away from danger.

"We were updated that the hurricane is expected to pick up more speed before it hits us because of the warm waters. We are not receiving much information, to be honest," Natalie said.

"We are all very nervous as we do not know what to expect," she concluded.