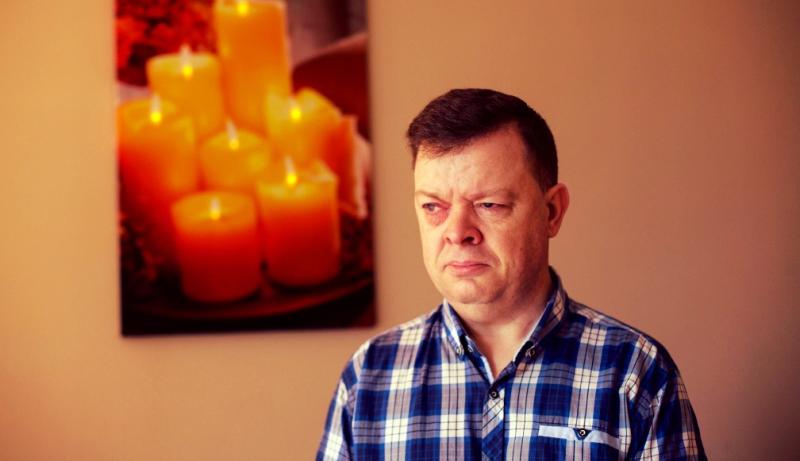 An Offaly man who had been on hunger strike has called off his protest after receiving partial resolution to his concerns over Caranua and the Department of Social Protection.

William Gorry, originally from Daingean, but living in Dublin, had been on a hunger strike in protest against what he says are the failings of the State and Caranua in providing help to child abuse survivors.

William told the Offaly Express that he commenced the hunger strike on Monday, July 10, after being made to fell like "a beggar" by Caranua and the State.

William suffered sexual, physical and emotional abuse at the hands of nuns, priests and lay staff at the Mount Carmel Industrial School near Moate in Co. Westmeath as a child in the 1970s. The school was run by the Sisters of Mercy.

Today, Tuesday, July 25, William informed us that he has called off his hunger strike after receiving contact from the Department of Education. He said the Department has engaged with him on the possibility of setting up 'survivor consultation groups,' where the concerns of survivors can be expressed and acted upon in a fair manner.

Mr Gorry insisted that he has stressed to the Department that Caranua should not be involved in the groups, and was also hopeful that movement on the initiative would happen in the next 2-3 months.

He went on to say that he was in contact with Caranua on Monday to inform them that he would have "nothing more to do with them" until such time as agreement was reached for him to meet with the board or a member of the board at the semi-state body.

Offaly TD Carol Nolan has arranged to meet Mr Gorry on Wednesday to discuss with him his concerns about the State's handling of redress for abuse survivors, and he recognised this meeting as a welcome gesture and hoped that the Sinn Féin deputy might be able to further bring his grievances to the fore.

William Gorry's issues with Caranua were echoed by another survivor who made contact with the Offaly Express in recent weeks. The anonymous survivor said the experience of Caranua Mr Gorry outlined with us in the original article on the matter was a "mirror image" of his own.

Mr Gorry is now hopeful that the pending survivor consultation groups will help abuse sufferers get past the hurdles in their redress efforts as well as find "some happiness" in their lives through that process.