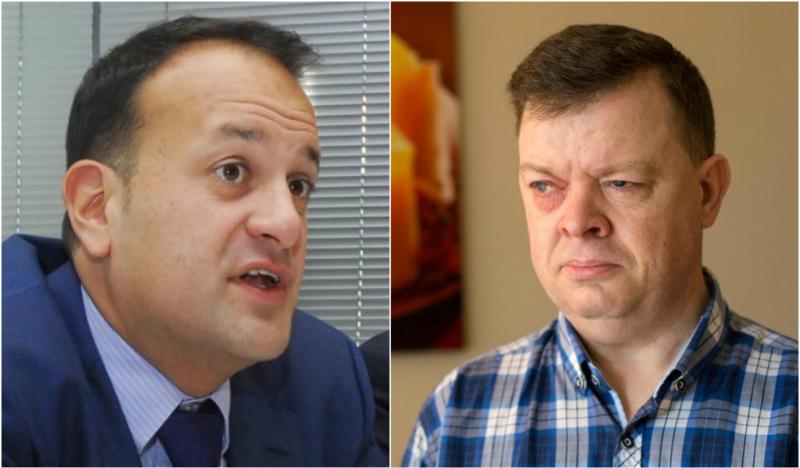 An Offaly man has told the Offaly Express that he has commenced a hunger strike in protest of what he describes as failures in the State's handling of redress for the abuse he suffered as a child at an industrial school in the midlands.

William Gorry, who is originally from Daingean, Co. Offaly, described to us in April the horror of his experience at the Mount Carmel Industrial School in Moate, Co. Westmeath, run by the Sisters of Mercy, in the 1970s.

At that time, William told the Offaly Express about the physical, sexual and mental abuse he suffered at the hands of priests, nuns and lay staff at the school having been placed in the institution as a young boy.

William Gorry has told the Offaly Express that Caranua has treated him like a "beggar." He says Caranua has "hurt him and other survivors" and "ruined his chances at education." Mr Gorry, who now lives in Dublin, is on a blind person's pension, and remarked to us that one of the stipulations of much of that payment is that he live alone.

"I've been on a State pension for years and one of its rules is having to live alone. I have not been able to move forward with my life in any way. If there was a possibility of a relationship or marriage, I would then become a dependent as I'd lose my entitlements," William said.

"Therefore I would lose the only independence I have and I'm not prepared to do that. This then leaves me in situation where I can't look at this possibility, even to find some happiness," he claimed.

William has informed the Offaly Express that he has written to the Taoiseach's office requesting a meeting with Leo Varadkar to address his concerns with his current treatment. Also, in the same letter, he indicated that he has now commenced a hunger strike in protest of this treatment. His hunger strike started on Monday, July 10.

He has said he will remain on hunger strike until a meeting with the Taoiseach has been agreed to or until such time he receives satisfactory treatment from the State and Caranua that allows him to "move forward to the possibility of a happier time in the remainder of his life," something he wants for all abuse survivors.

"I want the Taoiseach to withdraw the cap or limit on the funds to survivors like me from Caranua as per the way it was from the beginning. I want Caranua to treat survivors like me with compassion and dignity, care and sensitivity, and to give us opportunities we deserve," William stated.

When questioned about his drastic action to take a hunger strike, William said he has done so as he feels he has been "forced into it." "I have already contacted various ministers and TDs asking for support, and I even requested a meeting with Leo Varadkar when he was Minister for Social Protection, but I was unsuccessful in that request."

"It's been weeks since I requested a meeting with him as Taoiseach and I have not heard from him as of yet," he added. "I can no longer continue to go through what I am going through and feel that taking to hunger strike will determine an outcome for me one way or another," he concluded.

The Taoiseach's office has been contacted by the Offaly Express for comment on this situation, and we await a reply.