Offaly politician thinks he could win a seat in Kildare constituency 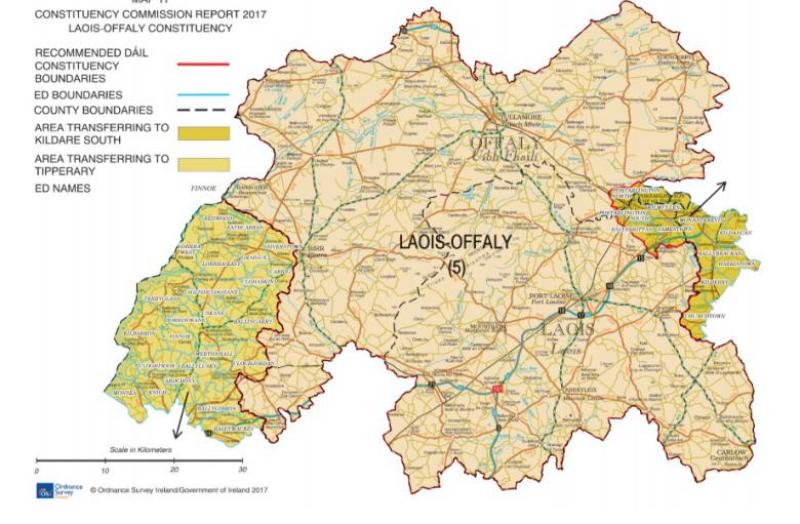 Offaly County Councillor and former Offaly Cathaoirleach, Eddie Fitzpatrick has told the Offaly Express that he thinks he could possibly win a seat when Portarlington becomes part of the Kildare South electoral constituency.

The Constituency Commission has recommended a return of the old Laois/Offaly electoral boundary, meaning the current three-seater constituencies of Laois and Offaly, which only came about in 2013, will be scrapped in favour of one five-seat constituency.

Under the changes, more than 9,450 people from Laois and 2,404 from Offaly will cast their votes for Kildare as Portarlington and its hinterlands are subsumed into the Kildare South constituency. "I'm not sure how far this new boundary comes toward my own area, but the number of people is significant," Eddie remarked.

Speaking to the Offaly Express this morning, Eddie Fitzpatrick said he would be "fairly positive" about the prospect of running in the next General Election in that Kildare South constituency.

"I'm looking into the exact boundaries and have spoken to some senators this morning, but with the amount of votes from the Portarlington area going to Kildare South, it might be to my own advantage," the Fianna Fail councillor said.

"Speaking to Fianna Fail people around here this morning, it's fair to say they are taken aback that the town can be picked up and put into Kildare like this," he added.

The Cloneygowan councillor described the move to put Portarlington into Kildare South as "unusual," but insisted that the extra seat in that new constituency could go to the second largest town in Laois. Kildare South will become a four-seater instead of a three-seater under the Commission recommendations.

Fitzpatrick suggested that if he could "work with him on it," there may be the possibility of a Portarlington seat given the size of the electorate being moved. "I think the people of the area would be delighted to have a local TD and it doesn't matter to them if by name it is Kildare South, provided they have representation," he said.