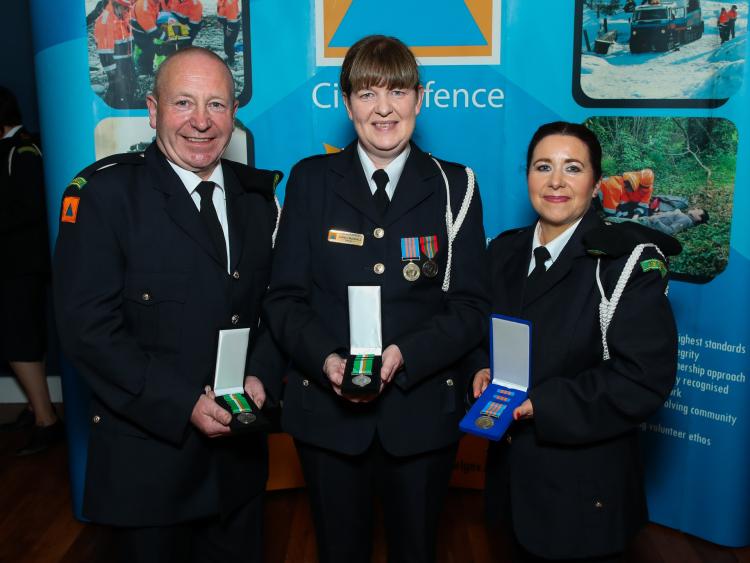 Opening the ceremony, Ger Murphy of Civil Defence College, welcomed the Minister, volunteers, guests and dignitaries. He noted that Croke Park was a fitting venue for the Awards given the fact the GAA was another of Ireland’s great voluntary and community centred organisations. For visitors unfamiliar with the work of Civil Defence Ger outlined the organisations response capabilities which have been developed to support the emergency services.

Those capabilities include Missing Persons Search, Flood Response, Rescue Boats, Auxiliary Fire Service, Rope Rescue, Welfare and Medical Treatment. Such a broad range of capabilities keep volunteers busy throughout the year, are demanding on volunteer’s time and can have an impact on family life. The Awards Ceremony was therefore a public opportunity to thank volunteers for all their work within the community.

Ger explained that there were two Awards been presented by Minister Kehoe. The Long Service Medal recognised the time, effort and commitment given by volunteers over the years, some of whom had been with the organisation over 50 years. It was emphasised that the Medal itself was also an acknowledgement of the extraordinary patience and support that volunteers’ families have shown towards the Civil Defence over the years. Offaly’s Elizabeth Hanley was one of those recipients who received a 30 Year Service Medal. 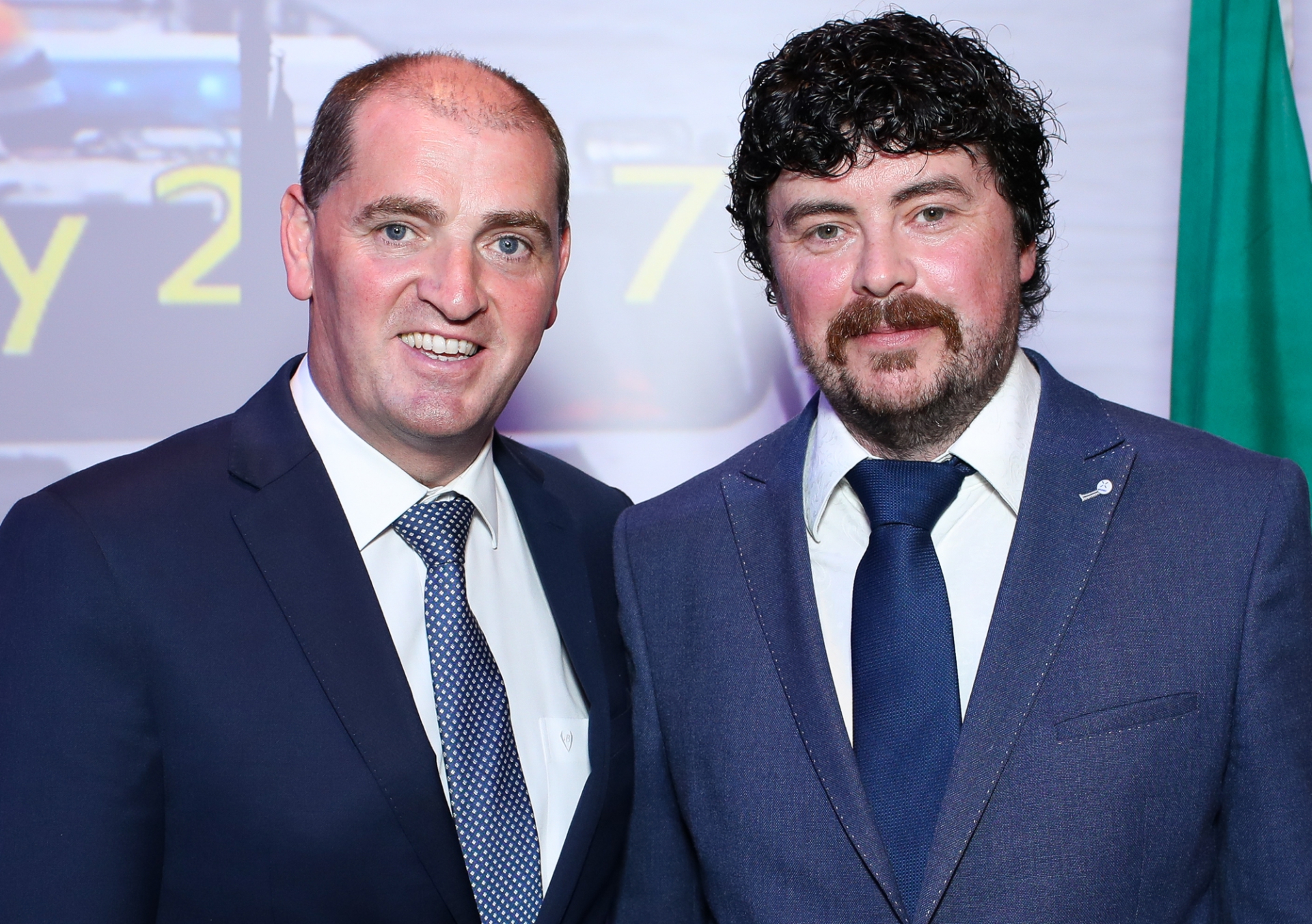 Pictured: Paul Kehoe, TD and Minister with Responsibility for Defence with Ger Murphy Civil Defence College at the ceremony

The second part of the event was the presentation of the 1916 Commemorative Medal. Minister Kehoe commissioned a specially designed medal in hour of the role played by Civil Defence volunteers throughout the country during 2016. Ger stated that the 1916 Medal recognised the professionalism and participation of Civil Defence at Commemorative Events throughout the year.

The Commemorative Parade in Dublin been one of many such events volunteers contributed towards. With almost 4,000 volunteers in the organisation 59 representatives from all Civil Defence Units were present at the Ceremony to accept a medal on behalf of their colleagues. Carmel

McDonald and Robert Flynn accepted the 1916 Medals on behalf of Offaly Civil Defence. Local presentations are due to take place in the months ahead at which all volunteers will receive a commemorative medal.

Minister Kehoe, who is responsible for Civil Defence, spoke about how fitting it was that such a ceremony take place so close to National Volunteering Week. The Minister noted volunteers were ordinary members of the community, who went that extra mile by training and obtaining qualifications, which allow them to assist their community, An Garda Síochána, Fire and Ambulance Services; often at unsocial hours and during poor weather.

The Minister drew on the recent tragedy of Rescue 116  as an example of Civil Defence's work. During the tragedy Civil Defence assisted the Irish Coast Guard, An Garda Síochána and the Defence Forces to support the families and the local community at an extremely difficult time. He also drew on the numerous missing person searches civil defence have undertaken in co-operation with An Garda Síochána.

Concluding his remarks Minister Kehoe commented that “A medal is a small reward but it represents a big thank you for your service” and on behalf of the Government the Minister recognises the ability and flexibility of the organisations to respond to a wider variety of emergencies."