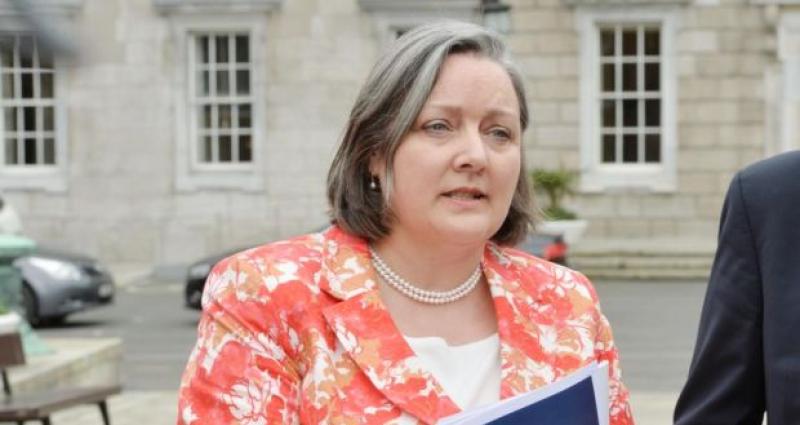 She currently holds the junior ministry job within the Department of Health with responsibility for health promotion. It is not yet known whether Marcella would change departments if she was to hold onto her job, but reports this morning suggest she won't be demoted.

It was widely reported last week that Corcoran Kennedy would be axed by Varadkar having supported Simon Coveney in the leadership race, but the Irish Independent have reported that she is likely to be retained on a number of grounds.

Speaking to the Offaly Express, Marcella said she has always had "a good relationship" with Leo, and expressed her hope that the new Taoiseach would take "gender and geography" into consideration when deciding whether or not to demote her.

It now appears that these issues will play a part and might save Marcella Corcoran Kennedy in her current job, while his popularity within the parliamentary party looks to have spared Damien English a dreaded demotion from his junior ministry.

"I was delighted for the membership in the Offaly/North Tipperary area when I got promoted to the role of junior minister and this is not about one individual at all," she told us. "It would cause a lot of hurt and the membership here would be cross if I was to lose it," she added.

Varadkar shocked many people last week with the announcement of his Cabinet, which saw little personnel change from Enda Kenny's final Cabinet, barring the retiring Michael Noonan and Mary Mitchell O'Connor, who was the only outgoing member to experience a demotion.

Corcoran Kennedy also told us that it wouldn't be in Leo Varadkar's best interests to axe those who voted against him in the leadership race. "Especially given the fact that he lost the membership vote, it is important for him to unify the party, and he needs unity from everyone," Marcella said.

She said her portfolio in health is an extensive one, and cited her work on the government's action plan to tackle obesity and her work to bring the bill surrounding plain packaging of cigarettes to completion as her key achievements in the role to date.

She said that a change of personnel at this stage would also impact on the rate of progress within her portfolio and would be counter-productive. "We are working on a national nutritional plan at present, and it takes quite a bit of time to read into the health promotion portfolio because there are so many policy arms within it," she commented.