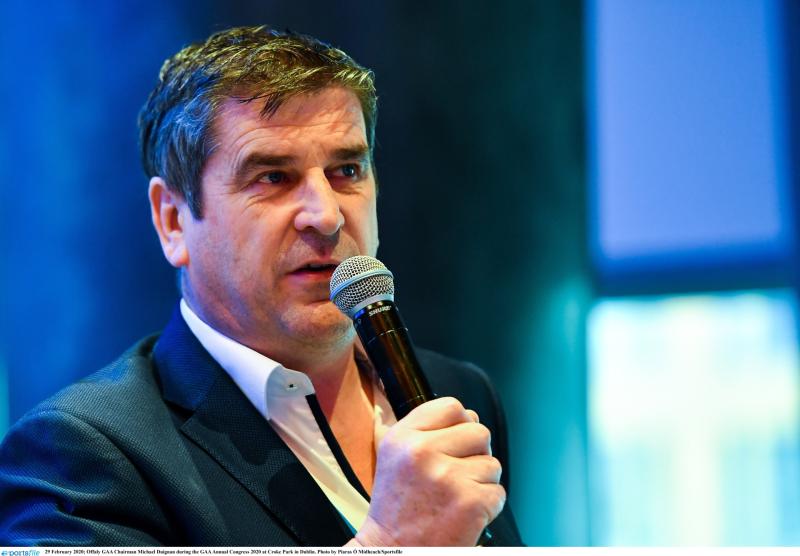 OFFALY GAA have shown a quite sensational turnaround in their financial accounts in the past year. The yearly accounts will be presented to Offaly GAA Convention on Tuesday night and they will show a surplus of €197,969, compared to a whopping €259,983 loss in the previous year.

The accounts cover eleven months until September 30 and don't include figures for the concluding stages of the Offaly championships, including the senior and other finals which will further bolster their takings.

Covid-19 shutdowns played havoc with the County Board finances in 2020 as spectators were either barred or very limited at games while full crowds have been allowed to attend much of this year's club fixtures programme.

This has been a major factor in the improvement, though not the only one. Gate receipts jumped from a paltry €89,085 to €237,184 while the ability of the new Michael Duignan led County Board to generate sponsorship and finance through fundraising is evident in the figures – commercial income went from €155,890 to €207,653 while other income, which includes fundraising money, went from €172,900 to €291,931. They also generated €110,877 from coaching and games development. Income from associated bodies was €373,915 compared to €302,011 – this includes grants from Croke Park, Central Council and Sports Ireland Covid Grants (€173,624), national league shares, senior panel and administration grants as well as Leinster Council grants of €12,400.

The figure for gate receipts included €8,500 for the 2020 senior hurling final but that had a restricted attendance while €211,596 was yielded from other games – this was only €63,444 in 2020. Commercial income included €171,421 from sponsorship – this includes the figure paid by the county's main sponsor Carroll Meats along with other sponsorship money.

A very significant figure of €150,182 for fundraising is included in other income and this is up from just €3,072 in 2020. It shows the range of fundraising activities undertaken by the board in the past year or carried out by other groups for them. Other income also includes €100,500 from the club levy, which goes towards servicing the board's O'Connor Park debt.

The O'Connor Park, Tullamore income and expenditure account shows a loss of €118,715, compared to €167,907 for the previous year. Income was €247,497 compared to €249,452 while expenditure amounted to €366,248 – down from €417,359 in 2020. The ground has been at the centre of a row between the County Board and Tullamore GAA Club over the terms of the lease and while this has not been resolved yet – the board are waiting to hear back from Tullamore GAA Club on an offer to end the impasse -, the figures show the importance for everyone of it remaining under County Board control.

The expenditure figures show a mandatory one of €197,549 for depreciation while income includes a figure of €148,202 from the O'Connor Park development fund: this is transferred each year from the development fund which was collected when the ground was redeveloped in the mid 2000s, and before that – the balance sheet shows a figure of €5,499,383 in this fund.

The provision of Faithful Fields in Kilcormac has been a tremendous addition to Offaly GAA as it is the base for all county teams training as well as hosting games. The ground was built without a debt but it is clear that it will place a financial burden on the board each year. The Faithful Fields income and expenditure account shows a loss of €70,711 for the period, up from €51,529. Income was €96,480, up from €59,480 while expenditure was €167,191, up from €111,009. The biggest source of expenditure was €109,404 for general repairs and upkeep of the grounds and equipment. This was up from €48,721 the previous year but can be attributed to the fact that the ground was in much greater use than 2020 when collective training was prohibited for extended periods.

Meanwhile there will be at least two changes to the board's management committee at the Convention. Chairman Michael Duignan, secretary Colm Cummins, treasurer Dervill Dolan and most other officers will be returned unopposed – Duignan and Dolan will be entering their third year while Cummins is in his second as secretary. PRO Brendan Minnock (Shamrocks) and Coaching Officer Martin Cashen (Carrig and Riverstown) must step down under the GAA's five year limit on officers serving in the one position and will be replaced by Padraig O'Meara and Carina Carroll.

Thhere is no contests for positions and the new Management Committee will be:

The Children's Officer and new Planning and Training Officer and Safety and Facilities Officer will be appointed by Convention on a recommendation from the outgoing Management Committee.