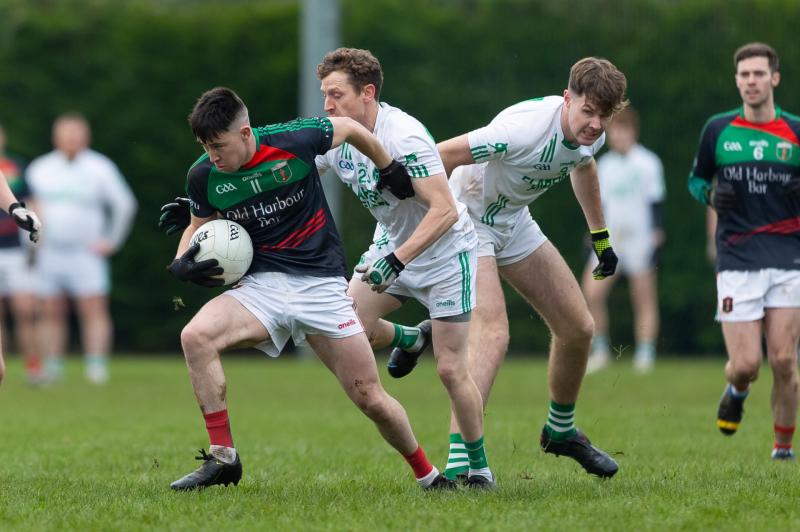 DURROW brought the curtain down on a memorable 2021 when they captured the Junior “B” Football Championship in Tubber on Sunday afternoon last.

Durrow had to work hard for their win against a hard working and honest Ferbane side but they led from start to finish and were full value for it.

Football is clearly in a very healthy state in Durrow and this was a welcome win for them. A junior “B” football title would not have been the big priority for Durrow at the start of the year but they were very glad to win it and their team showed great hunger here.

Durrow were competing against Ferbane's third team and it always looked like they would be good enough to win. They led by 1-14 to 1-1 at half time, extended their advantage to six points on a couple of occasions in the second half and had enough in the tank to get home as Ferbane fought with everything they had.

Durrow's attack were a big sharper on the day and this proved to be the difference between the sides in an enjoyable game of football.

Andrew Fitzgerald opened the scoring for the winners and they took a grip with a neat soccer style type goal from Conor Wyer. Ferbane got off the mark with a Conor Gleeson point while Durrow felt they should have got a penalty when Mark Troy was hauled down as he raced through. Michael Wren got a black card for the foul but a 13 metre free was awarded which Andrew Fitzgerald converted – Troy got a black card himself before the interval for a trip on Wren, who was back on the field.

Durrow went into a 1-4 to 0-1 lead before Dermot Daly brought Ferbane to life with an excellently finished goal. Durrow goalkeeper Dermot Colbert denied John Dooley another goal and Durrow led by 1-4 to 1-1 at half time.

Durrow played well for spells in the second half. Points from Conor Wyer and Aaron Maher put them five up before Ferbane hit back with a Conor Gleeson score. Durrow led by 1-8 to 1-3 at the second half water break with David Cox putting a good goal chance over the bar for Ferbvane.

Sean Duignan made it a six point game after the restart but Ferbane got right back into it with a David Cox goal after a great move up the field. Durrow responded very well with points from Sam Bourke and Niall Geraghty. Ferbane kept fighting. Declan Killian got a point back but Durrow couldn't be denied. They got an injury time penalty that Aaron Maher opted to tap over and seal a five point win.