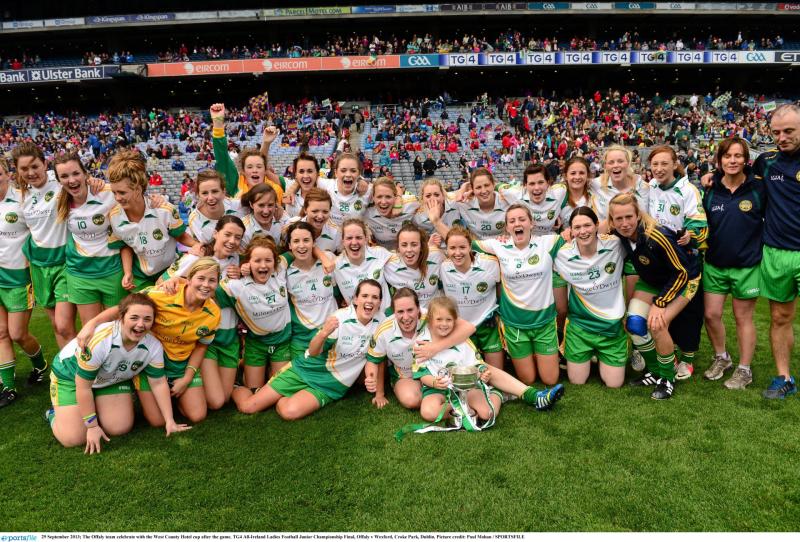 THE Offaly Ladies Football County Board have appointed a new management team to lead the county’s Intermediate team in 2022.

Garry Daly vacated the position at the end of Offaly’s championship run that saw the team retain Intermediate status, following a victory over Fermanagh in the team’s last action of the year.

Danny McGarvey, a native of Gaoth Dobhair but who currently plays with Kildare club Ballymore Eustace, and Brian O'Ruairc from Cuala, have served their managerial apprenticeship primarily in the Higher Education Football world, with Trinity College and NUIG – where they currently co-manage the senior and junior teams – featuring strongly on their CV’s.

Both men enjoyed successful playing careers prior to their transition into management.

Their application featured a comprehensive plan that includes specific coaching roles for each of the managers and a selector, Kevin McKittrick from the Fingallians club in Dublin, who works with this management team as a backs coach with NUIG. The new management will appoint an Offaly-based selector in the coming weeks.

One of the obstacles to progression facing Offaly is their Division 4 status and an immediate aim will be to gain promotion from the league basement and be better placed to mount a championship challenge.

There is no doubt that Meath have illustrated that the difference between the top level and the rest may not be the gulf that it once appeared to be and Offaly will have been one of the counties gaining hope from the Royal County’s journey.

Offaly LGFA chairman, Tom Fitzmaurice, welcomed the appointment: “Danny and Brian displayed great knowledge of the game in Offaly and had attended the latter stages of our championship. They’ve identified potential within the county and their ambition for the team would match that of everyone in Offaly LGFA. I believe it’s an exciting prospect for ladies football in Offaly.”

A series of trials will be held over the coming weeks for players that wish to be considered for selection for the upcoming season, with the first one taking place on Sunday 21st November in Bretland Park. Clubs will be notified shortly of the details for the trials.