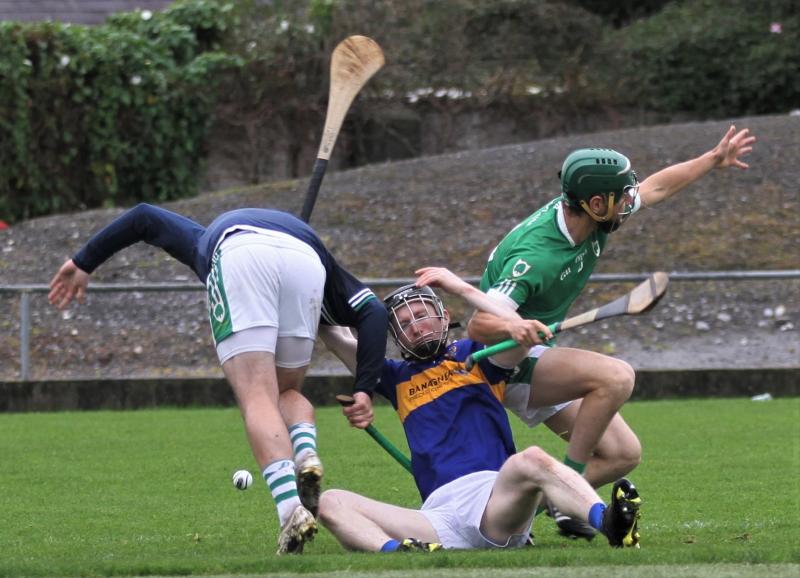 Coolderry and St Rynagh's clash in the SHC final

COOLDERRY attacker Eoghan Parlon will be aiming to collect his third Offaly Senior Hurling Championship medal when they play St Rynagh's in the final on Sunday next.

The 25 year old was a sub when Coolderry beat St Rynagh's in the 2015 final while he was playing when they got past Kilcormac-Killoughey in 2018.

A tough, very hard working forward, Parlon has been in great form this year and he spoke about their season last week.

Did Coolderry have a big point to prove after bowing out in the group last year?

“Last year was a disappointing year, the way we went out, we didn't get out of the group and make the knock out stage. It was an unusual year with Covid and we had a three month gap half way through it and we just never got going afterwards.”

Was it hard to bounce back this year?

“We got a good break. It was around August time last year and we were out of the championship and it was a long winter and you are dying to get going in January. We didn't start training until March 1st this year so everyone was rearing to go at that stage.”

How have you found the split season, it is late in the year to be playing county finals?

“Offaly are one of the latest this year especially but maybe it is better. In other years you would be playing rounds in April and have two to three months off where maybe the enjoyment can go out of it and players might be going on holidays at the same time, where now you know from July/August on you will be playing championship every week after week, so it is more enjoyable.”

Coolderry might have a few fellows getting on a bit but it is not that old of a team really?

“We have a lot of younger players joining the panel now. You saw Shane Ryan the last day, Gearoid McCormack, these guys are only 20, David Tooher, there's lots more in around that age that are mad to get on the team and they are training very hard and you will see more of them in the next few years, that's for sure.”

You must be happy with Coolderry's form this year?

“It is game by game. It was always going to be a very tight championship the way it was structured this year and only four teams going through, so it was important to get the two wins early against Belmont and Shinrone. That really set us up for the year and we knew then we had a very good chance of getting to a semi-final.”

Coolderry lost to St Rynagh's in the group but weren't that far away in the wind up?

“Maybe they got a bit of a run on us and we were coming back all the way in the second half but they got over the line quicker. We learned a lot from that day too. They are very good at holding on to the ball and they play a possession based game. There's lots of work to be done now to counteract that.”

Was it a bonus to top the group and with respect to Shinrone play them rather than Rynagh's or K/K in the semi-final?

“Between all the teams now in the top four, five or six teams in Offaly, you're not aiming to play a team. It doesn't matter, they might have different peaks in form but you can't choose who you are going to play. Even on the day we played Clareen, it wasn't clear until half an hour after the game what way we were and were Shinrone through or Birr through, or who we were going to be playing, but we were just happy to be going through ourselves at that stage.”

What did you think of the format?

“It is an enjoyable championship. Maybe having more than four teams going through, maybe the top two going into semis and giving a more even chance for teams finishing in fifth or sixth, that they get to play in quarter finals as well. I didn't really like the cross cross element because some years teams might peak in form and upset results and it might skew the group. It is an improvement I suppose.”

Offaly hurling seems to be turning a bit of a corner, would you have a sense of that yourself?

“Of course. This year's win was very important. There is a lot of positivity and hope for next year that we can get good performances and really compete in the Joe McDonagh. Hopefully we can be in around the Joe McDonagh final next year at that stage.”

The final is in Tullamore, a lot of South Offaly wouldn't be in favour, what's your own opinion?

“I don't mind. I wouldn't be getting into those issues. It makes no difference. Tullamore is the county grounds and that's where you want to be playing your matches, it's a big stadium and fine pitch and it doesn't much of a difference to players anyway.”

Over last few years, St Rynagh's very strong and are probably slight favourites but part of Coolderry psyche is that they are not afraid of finals and whoever they are playing?

“Rynagh's are going for three in a row now. They've been there and after winning the last two finals and haven't lost a championship match in the last three years that I can remember. They are the in-form team and the team to beat.”