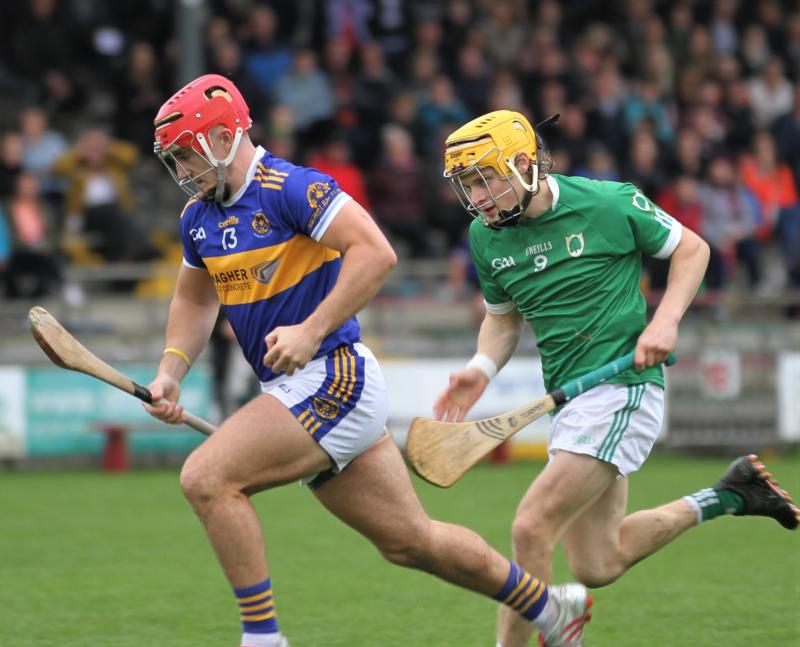 O'Connor Park, Tullamore is the venue for a decider that will attract a huge crowd. St Rynagh's and Coolderry have been definitely the two best teams in Offaly this year and it will be very interesting to see what way this unfolds.

St Rynagh's are the holders, the long time favourites and they are aiming to complete three in a row. They will, however, be very wary of the challenge posed by Coolderry. Indeed, there is a strong case to be made for backing Coolderry to win this one – while they lost to St Rynagh's in the group stages, they have been wonderfully consistent throughout the campaign and their confidence is sky high.

A few weeks ago, St Rynagh's would have went into this decider as quite warm favourites but there is enough doubts about their recent form to make this very close to a 50/50 game. The Banagher based club received a bad beating by Birr in their last group game and were almost caught by Kilcormac-Killoughey in the semi-final as they hung on for dear life for a 1-18 to 0-20 win. It is not quite the form line that they would have wished for but the semi-final was all about winning, St Rynagh's are there now and they certainly know how to win finals.

There is a great historical undercurrent that adds to the attractiviness of this final. For St Rynagh's, it is a date with destiny. The players won't be too worried about records but three in a row would mean an awful lot to this great club.

Formed in 1961, St Rynagh's changed the face of Offaly hurling as they embarked on a run of phenomenal success. They broke up the dominance of Coolderry and Drumcullen and players from St Rynagh's played starring roles on the great Offaly teams of the 1980s and 1990s. A lot of other clubs played equally significant roles in both eras but the emergence of St Rynagh's was a seismic development for Offaly hurling.

After that 1993 win, St Rynagh's had a tough few years. Seir Kieran had the indian sign over them for the rest of the 1990s and in the 2000s, they couldn't live with Offaly's greatest ever club hurling team, Birr. They didn't win a final between 1993 and 2016 when they finally ended their long famine and they have now embarked o n a great run. They won the Robbins Cup in 2019 and 2020 and have emerged as a magnificent force of nature.

It is still an excellent record and one that most clubs would love to have, however, championships have not been as plentiful as they once were and they have had long barren spells. Coolderry were beaten by St Rynagh's in that famous 1965 final and they struggled for a few years after that before returning in 1977 with an excellent new team.

Coolderry command the utmost of respect. They may have quite a big area but they don't have a big population and their hurling achievements are a great credit to them. Coolderry have returned with a vengenance in the past decade plus. Their 2004 win was their first since 1986 but as Birr entered decline, winning their last title in 2008, Coolderry have been yearly contenders and have won four championships since 2010. The rivalry between Coolderry, St Rynagh's and Kilcormac-Killoughey has been the abiding feature of Offaly hurling since 2010.

Tullamore shocked the Offaly hurling world by coming from nowhere to take the 2009 championship but since then Coolderry (4), Kilcormac-Killoughey (4) and St Rynagh's (3) have enjoyed a monopoly on the Sean Robbins Cup. Significantly, Coolderry haven't lost a final in this era – in fact, you have to go to 2006 for their last county final defeat, a loss against Birr. And it was Coolderry who disrupted Birr's great run, beating them in the 2004 final and stopping them from what would have been ten in a row.

Another intriguing factor is the presence of St Rynagh's manager Ken Hogan. The Lorrha man is also revered in Coolderry, guiding them to the title in 2010 and 2011 and he will know their players inside out.

All of that, however, will have no real bearing on Sunday's final. This year's Senior Hurling Championship has been one with a difference. With the number of teams increased to ten teams, there were two groups of five but they criss crossed, meaning that you played the clubs in the other groups. The accumulative points tally counted with the four teams with the best record going into the semi-finals. It was a system that worked, there was something at stake in every round and it created a closing round of incredible drama with Shinrone, Birr, Belmont, Ballinamere and Kinnitty all in the hunt for the final qualifying place.

It is no co-incidence that Coolderry and St Rynagh's were safe in that final round. St Rynagh's had eight points and could not be denied and while Coolderry could have been put out, their scoring difference was so superior that this was never a realistic prospect.

Both sides made the start they needed by winning their first two matches – both had easy first round wins, Coolderry against Belmont and St Rynagh's over Kinnitty. They had to work hard for their second round wins over Shinrone and Ballinamere, on an identical scoreline of 1-18 to 0-19. They met in round 3 with Rynagh's winning by 3-12 to 1-15 – Coolderry came back at them late on but St Rynagh's were the better teamon the day.

Coolderry ran riot against Drumcullen in round 4 while St Rynagh's had an easy win over Kilcormac-Killoughey.

Round 5 was a strange one for both teams. With qualification assured, St Rynagh's were way off the boil and Birr destroyed them, 1-23 to 0-13 while Coolderry were pushed much harder than expected by Seir Kieran, eventually winning by 0-20 to 1-15.

Both survived tough semi-final battles. St Rynagh's were pushed to the pin of their collar before beating K-K while Coolderry were also given plenty of food for thought by Shinrone, though they always looked like they would win and eventually got home, 3-13 to 1-16.

It means that there are question marks surrounding St Rynagh's form but they remain the favourites. They are so relentless in the way they play hurling and are so difficult to stop once they get momentum. They have such a strong team, marshalled superbly by Ben Conneely at the back. They have a great work rate, loads of quality and deadly finishers up front.

Coolderry won't be outfought when it comes to work rate or desire. They have a few players in their thirties but some of these are playing mighty stuff. Brian Carroll is playing some of the best hurling of his long career and he will have a huge influence on this match. They have a defensive leader in David King and Coolderry have good options on the bench.

It's a game that should go down to the wire.

The tussle between Ben Conneely and Brian Carroll will have a big bearing here. Conneely is the real heartbeat of this Rynagh's team, a tremendously steady performer who leads by example and he comes up against the in-form Brian Carrroll. Like Niall McNamee in football, Carroll is playing some of the best hurling of his career despite being well in his 30s and is a man for the big ocasion.

The tussle between Coolderry centre back David King and St Rynagh's centre half forward, Sean Dolan is also intriguing. Dolan's work rate, his toughness and his drive is a feature of the Rynagh's success story but King is a brilliant hurler for Coolderry, rock steady and a tremendous leader.

This is a hard game to call and Coolderry have a great chance. It is part of their psyche that they will never fear finals and won't be afraid of winning. They will relish the chance and crucially, they haven't lost a final since their 2006 defeat by Birr. The majority of their players don't know what it is like to lose a final whereas St Rynagh's certainly do. St Rynagh's have not been at their very best this year and apart from losing to Birr and just getting over Kilcormac-Killoughey in the semi-final, Ballinamere also went very close to them. Yet it is hard to go against them. Many people will back Coolderry and there is logic in this but St Rynagh's are so strong when they get going, so difficult to beat.