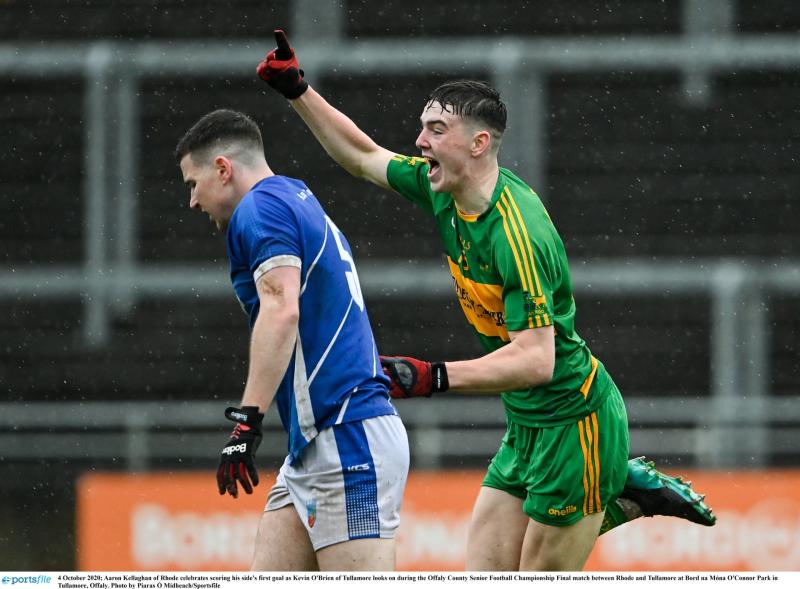 IT is the biggest weekend of the year for the Offaly football championships with five finals down for decision. Most interest will focus on the Senior Football Championship final, a renewal of last year's meeting between Rhode and Edenderry, which takes place in O'Connor Park on Sunday at 3.00pm.

It will be proceeded by the Senior “B” Football Championship final between favourites Clara and Tubber at 1.00pm.

A mouth watering double bill is fixed for O'Connor Park on Saturday but this is dependant on the weather conditions. The Intermediate Football Championship final between Clonbullogue and Tubber is down for 3.00pm with Tullamore and Edenderry meeting in the Junior Football Championship final at 1.00pm. However, if the weather deterioates in the coming days, both games could be moved – Daingean is on stand by for the junior final while the intermediate will go to Gracefield.

The Junior “C” Football Championship is on Friday evening in Croghan with Daingean and Ballycommon clashing in a parish derby that will attract plenty of local interest.

The senior final sees Rhode and Tullamore clash for the second successive year. Rhode won last year by two points with Tullamore having a last gasp goal disallowed but the champions were much the better side on the day. The gap does appear to have narrowed this year and a tantalising final is in store.

Clara are warm favourites to beat Tubber in the Senior “B” Football Championship final. Beaten in the senior semi-final two years ago, they were dismayed to be relegated last year and have coasted through this year's campaign. They will, however, be on high alert for the challenge presented by Tubber, who were outstanding in their semi-final demolition of Ballycumber.

The intermediate final between Clonbullogue and Raheen looks to be a real 50/50 game. Both sides started poorly but have hit a rich vein of form in recent weeks and their confidence is flying.

Tullamore are favourites to take the junior title. Beaten by Daingean in the final last year, they are very keen to get their second team back up to the third tier but can expect formidable opposition from Edenderry.

See Tullamore and Midland Tribune for previews of the Senior, Senior “B”, Intermediate and Junior Football Championship finals.