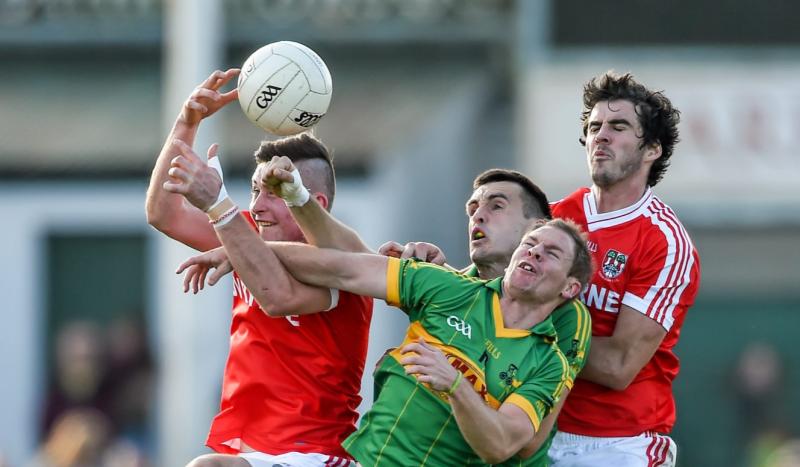 THOSE Raheen club loyalists who have been watching generations of footballers for decades would dearly love to mark the 40th anniversary of the 1981 intermediate victory with another title.

Richie Dalton, the man entrusted with delivering that coveted crown on Saturday against Clonbullogue, wasn't even born when Raheen first tasted success in the grade.

But Dalton is now 34 and has plenty of experience behind him, both as a senior county title winner with Edenderry and as an Offaly senior player.

Also, he is in his second year with Raheen and has brought them to the final with wins over Shannonbridge (champions just two years ago) and Ballycommon, plus a whopping semi-final victory over Clodiagh Gaels which erased the memory of a one-point defeat to the same opposition in the first group outing.

Dalton reflected on 2020, his first taste of club management and a year when Raheen did not reach the knockout stage.

“I really enjoyed the year and formed a good connection with the lads and they worked really hard. But results and the bounce of the ball didn't go our way,” he said.

“That's how narrow the margins are, that's something I learned very quick. In any championship margins are small. We prepared hard, we prepared well, and that's probably the reason I went back, there was a really good connection with the lads and I was happy to go and give it another go again.”

Dalton says those scorelines aren't a true reflection and argues that the final group match against Ballycommon was key. “Every game was hotly contested and we just took one game at a time and we were fortunate enough to get out of the group. Ballycommon would consider themselves unlucky not to get out because they are a side that has been contesting and would have aspirations. It came down to the last day, we were all on two points coming into the last game, we needed to win and they needed to win, it was winner takes all.”

The intermediate championship in Offaly is a competitive one each season, with year after year throwing up newcomers who can cause trouble for the established teams hoping to ascend to the county's second tier.

“A lot of those teams have pedigree and tradition and if they get their set-up and prepration correct they can beat anybody on the day, that's the way it goes.”

Raheen ended up in a relegation dogfight last year, so what has swung the pendulum so decisively now?

“It's just a bit of momentum, a bit of confidence along the way, one win led up to another, but we're under no illusions, Clonbullogue are favourites going into this,” said Dalton.

“There's no question about it, they've beaten everybody comprehensively who they've had to. They have a young side, we have to play very well on the day in order to beat them. We're preparing and working hard and the lads have a great attitude and we will give it our best shot.”

He name checks several of the Clonbullogue players – Keith and Ruairi O'Neill (“smashing footballers”), Shane O'Brien (a player with “intercounty potential”) and the forward Jamie Guing.

“They have four or five scoring forwards which on any team makes htem hard to beat and then Clonbullogue through the past are always up for a battle and they have that bit of quality on top of the attitude,” he added.

He concludes on a cautious note as Raheen await the chance to add to the titles of 1981 and 2014: “We're not without hope obviously but we know we probably have our toughest task ahead of us to date the next day.”