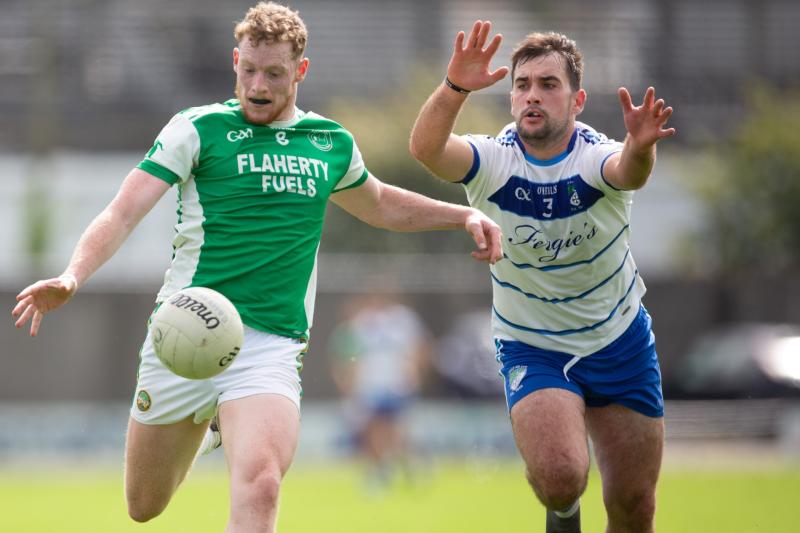 IT is a sign of the progress made by Durrow this year that they will be disappointed at only drawing this Senior Football Championship round 2 game with Ferbane in O'Connor Park on Saturday afternoon.

A draw was still a very good result for them and it will almost certainly put them into a quarter-final – that will be their reward unless Cappincur and Rhode draw tomorrow evening and that is unlikely. This draw is a cause of celebration for the 2020 senior “B” champions but it could have been more as they carried the game to Ferbane in the second half and played well enough to have won.

Ferbane were certainly the more relieved side at the end of an absolutely engrossing game of football. They were forced onto the back foot for long periods in that second half and their final equaliser from sub Ronan McGuire came over three minutes into injury time. You would be stretching it only a small bit to suggest that Ferbane got out of jail but there is no doubt that they will be happier at the point than Durrow – though having said that, Durrow would have accepted a share of the spoils with both hands before the throw in.

It has been a year of remarkable progress for Durrow and they showed here that their first round win over champions Rhode was no fluke, no flash in the pan. Rhode may have been very understrength that day but Durrow had to perform to beat them and they have built on that with a really good and composed performance here.

Despite being Rhode and drawing with another major contender in Ferbane, there won't be many saying that Durrow can win this championship for only their second time. However, they are developing into a very nice, well balanced team. They are playing near enough to the best of their ability, they are fit, moving well and their levels of composure is unusual for a side just up out of senior “B” and playing the big guns.

When Durrow were last up in the top grade a couple of years ago, their commitment and attitude left a good bit to be desired. They didn't really compete and didn't seem too perturbed about it at that time but it is a vastly different story now and they have earned the height of respect with their two performances this year.

For Ferbane, it was a performance that will be examined closely by them. Having beaten Cappincur in their first game, the point should be enough to secure their safe advance to the quarter-finals, at least, but they won't be happy with the way they played in the second half in particular. They looked good at times in the first half but they were certainly second best in the second half and probably should have been beaten.

The first half was a very good, open affair with an appetizing mix of tough football thrown into a compelling mix. Ferbane made a dream start with a great Paddy Clancy goal after just two minutes but Durrow matched them almost stride for stride after this.

Ferbane looked very good at times but also had spells of mediocrity while both sides missed gilt edged goal chances in the first half. Ryan Heavin blazed wide from five metres in the 11th minute while Ferbane goalkeeper Jack Cullinan made a super point blank save from Daniel Wyer in the 30th minute – a sensational ball from a former Dublin U-21 footballer, Barry O'Rourke had put Wyer in but goalkeeper Stephen Fitzgerald pointed the “45” to leave it at 1-8 to 0-7 at the break. Fitzgerald's place kicking in the first half was crucial as he pointed three from distance.

The second half was a captivating affair as the realisation dawned that the game was there for the taking for Durrow. They quickly reigned in the deficit with Jack Fogarty getting three excellent points and Brian Duignan floating over a beaut as Ferbane were taken aback by the intensity of Durrow's game.

Paddy Clancy settled Ferbane but sub Alan Geoghegan levelled it again as the favourites failed to match Durrow's hunger and work rate. Joe Maher put Ferbane back in front but a punched 52nd minute goal from Kevin McDermott after great approach play by Bobby O'Dea put Durrow into a 1-12 to 1-10 lead – the ball had been frantically scrambled out but the umpire quickly reached for the green flag and referee Basil Cronin rightly didn't feel the need to consult further as it certainly looked to be across the line to most spectators.

Ferbane were in serious trouble but they responded well. Clancy got a mark and Leon Fox equalised with three minutes left. An excellent Alan Geoghegan free restored Durrow's lead and it looked like they might hold on until sub Ronan McGuire tapped over from 14 metres.

While they could have won, Durrow will be thrilled at their performance. They worked so hard as a team and had plenty of players who played well. Jack Fogarty was brilliant, scoring four points from midfield while Michael McDermott excelled as an extra defender. Ciaran Burke, Mark Hughes, Brian Geraghty and Micheal Mooney also impressed for Durrow at different stages.

It is difficult to know what to make of Ferbane but they won't be too worried at performances at this stage. They do, however, look vulnerable and are clearly missing the injured Cian Johnson in their attack.

Their forward division never really found their top form here with Joe Maher doing well in spells and U-20 star Cathal Flynn only floating in and out of the game. Paddy Clancy was their best forward while wing back Leon Fox bursted forward for three crucial points. Elsewhere, Shane Nally, Kyle Higgins, Ciaran McManus and Oisin Kelly did well in patches but this display won't win the Dowling Cup for Ferbane.

Jack Fogarty (Durrow): Jack Fogarty is the choice after a four point haul from midfield. He was brilliant for 15 minutes in the second half and worked very hard before that. He did the simple thing well and the decision to take him off eight minutes from time was questionable, unless he was out of gas at that stage.

Kevin McDermott's goal eight minutes from time put Durrow 1-12 to 1-10 ahead and in sight of a famous win.

Basil Cronin had a very good game. He was up with play the whole time and while it was a physical game, he didn't hand out soft cards – Oisin Kelly looked fortunate to escape censure in the first half but Micheal Mooney had no complaints at his yellow card a few minutes later. However, he was always in control, the players knew who was boss and there were no big issues, though Kevin McDermott probably should have got a free in at a crucial stage near the end.

Durrow's form. Beating Rhode and drawing with Ferbane would normally be the form of champions. Few will be putting that label on Durrow but they are playing very well.

O'Connor Park was in excellent condition and it was good to see the full quota of neutral match officials. 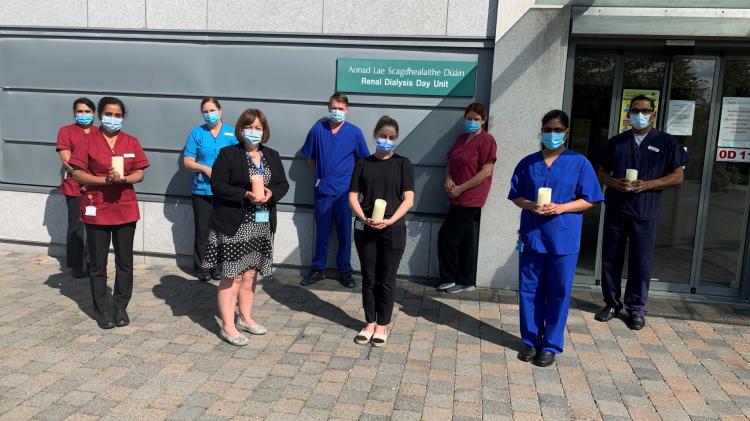 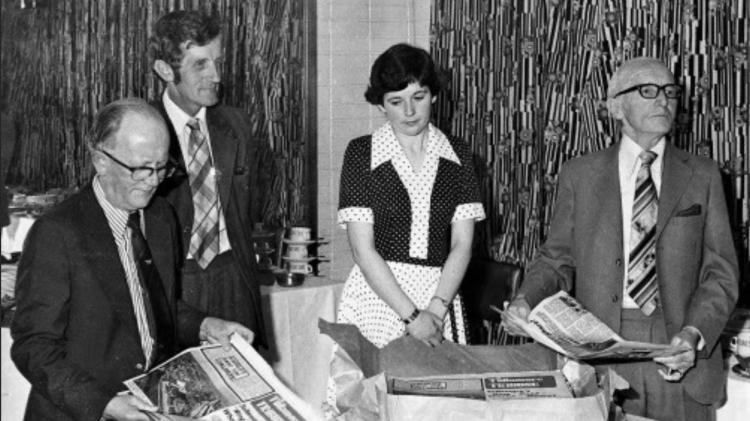