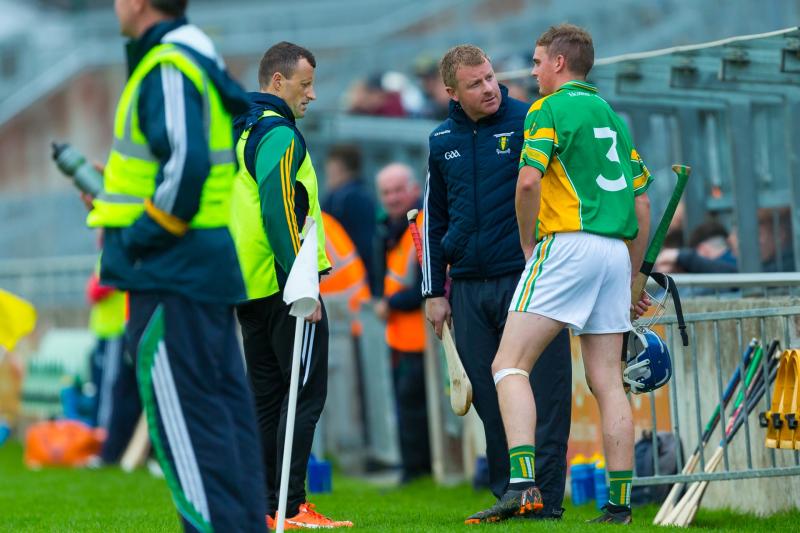 BURSTING onto the scene as Kilcormac/Killoughey finally reached the promised land by winning the Senior Hurling Championship for the first time in 2012, Enda Grogan took a few years before becoming an established member of their defence.

While his predecessors knew nothing only hardship and heartbreak in finals, Grogan has been one of the new generation of K/K hurlers who have become accustomed to success – they won three in a row after that initial breakthrough and also came out on top in 2017 but Grogan knows that success is never guaranteed.

Now captain as they take on holders St Rynagh's in Saturday's final, Grogan had been happy with their form last year. “We haven't been going too bad. We have been winning our games. Just getting by in some of them but still winning. They haven't been bad performances.”

He had found the year hard with the Covid-19 shutdown, pointing out that they were training hard in the Spring when it just stopped. “We didn't know whether we would get going or not but thankfully it did.”

They continued to train on their own but Grogan stated that it was not the same and they then had only a few weeks when it was announced that it was back on. “We were going some training. As a group, we were putting into our What's App group what we were doing. We were doing runs maybe twice a week so we weren't too bad when we came back training. We kind of kept ticking over.”

He agreed that their group form was impressive. The scene was set with Birr in the first round when they carried the game to them before K/K powered home in the closing quarter. “In the second half, we notched it up a gear and drove it on. We struggled in the first half and it took us a long time to get going but we are finishing games well.”

K/K brought Ger Healion and Ciaran Slevin in off the bench that day and Grogan remarked: “It was great to have them and their experience. It really lifts everyone when they come in.”

How important was it to introduce new players?

“It has to be done every year. Certain players start to get stale and it freshens up everything. They are flying out there. We have to keep up to them boys.”

Now over his mid 20s, he made his senior hurling debut in 2013 and was in and out before establishing himself in 2015.

He agreed that it is a great time to be a K/K hurler. “We are lucky enough with the bunch we have. We won a nice bit over the last decade and hopefully we will win more with the boys that are coming from behind. They are going well too. “

Between senior and junior hurlers, there were 59 training in Mountbolus last year during the countdown to the soon to be cancelled county final and he said: “After the lockdown between senior As and Bs, I think there was 43 here. Everyone was jjst mad to get back training.”

He knows that they need to take the opportunities that come up. “Success doesn't last. We were flying for a few years. We are there or there abouts every other year but never really got there.”

Is it hard to keep going every year? “After a break, October to January, you are mad to get going again. You are mad to get back and see the boys and have a bit of craic in the field. Once you start playing matches, you just want to play.”

He speaks highly about the St Rynagh's team. “They have been going well the last couple of years. It was touch or go between us and them for a long time. We were just lucky enough to get by. They are very good. Hopefully it wll be a cracker. Neither team fears the other.”

Grogan agreed that the two teams are similar and are physically strong. “Yes and both teams hit hard. Their forward line are fast, they have big hitters and ball winners.”

He added: “We are evenly matched. Hopefully on the day, we will get over the line but it will go down to the wire.”

K/K don't fear finals at this stage. “There will always be nerves but playing in county finals is what we always dreamed of. When you get there, you want to make sure you enjoy it. It is going to be outrageous tough but what can we do only put our shoulder to the wheel and drive on.”

He was asked about Ger Healion's importance to the team. “He is class. He is a match winner. He is unreal. To see him coming in for the last twenty minutes, you hit in a few high balls on top of him and hope something comes off them.”

With K/K in minor and U-20 hurling finals last year, their supply line is showing no signs of drying up. “I was at the U-20s last night and they are a fair bunch of the lads. The minors and U-15s are the same. Every age group is going well. You need fresh blood coming in.”

While K/K won their semi-final against Belmont in Birr, Grogan is delighted that the final is in Tullamore and has a strong preference for O'Connor Park. “I would rather play there than anywhere else. Over the last ten years, we haven't played much in Birr. We are that used to playing in Tullamore that I would prefer it 100 times to anywhere else. You get used to it.”