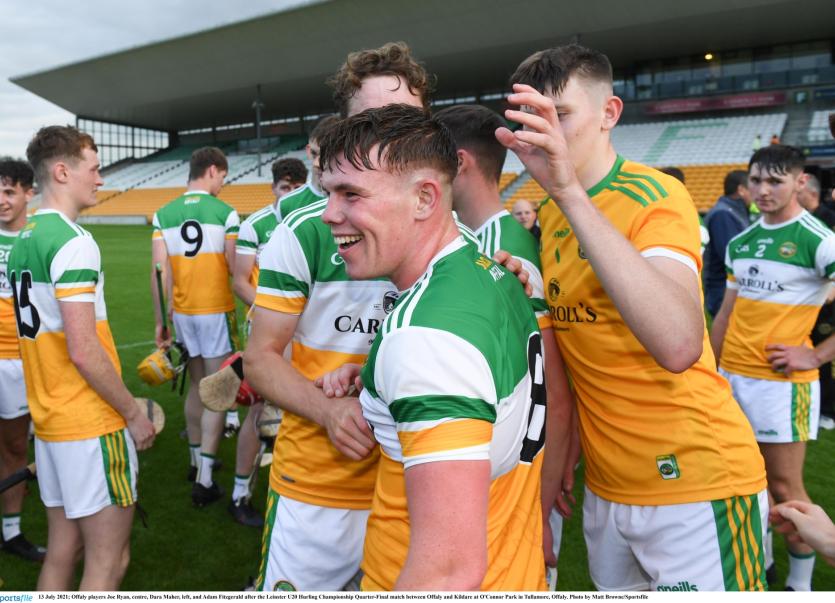 Offaly were much sharper and intense all over the field and most importantly, they cut down on the errors. Superb free taking from Liam Dempsey was responsible for Kildare being level at half time. He got nine frees, many from a long way out and on the wing as Offaly fouled way too much. Many of the frees conceded were clumsy and unnecessary and Dempsey gleefully punished everything.

Kildare had stunned Wexford a week earlier and that had Offaly on high alert for this. They will be absolutely delighted with the win and a semi-final next Tuesday against Dublin – probably away as they clashed in Birr last year. While Offaly's hurling was mediocre for much of the first half, they were in a good position at the break as they had much greater scope for improvement.

Once they stopped fouling, the Offaly defence were very good and they kept Kildare at arm's lengths. Padraic Watkins had a couple of wayward clearances when he tried to pick out a man but was immense in general, especially when Kildare were competitive while Peter Cleary, Luke Egan and Killian Sampson all impressed.

Cian Burke did plenty of good things at midfield and carried the ball well while Jack Screeney, DJ McLoughlin and Charlie Mitchell were immense in the attack. Screeney was brilliant, hitting 12 points, 11 from play and growing in stature and influence in general play as it wore on. Loughlin was at his best as he scored 1-3 while Mitchell looked to be a real prospect. Full of running and pace, he got four points, a couple of them truly delightful. Tom Dooley also impressed while Luke Carey enhanced that sector when he came on.

The sides were level at 0-11 each at half time and Offaly were happy to be in that position as Kildare had been ever so slightly the better team in the first half. It was very even in most sectors and Kildare had missed a few chances that would have given them the lead while Offaly converted everything and didn't have a single wide.