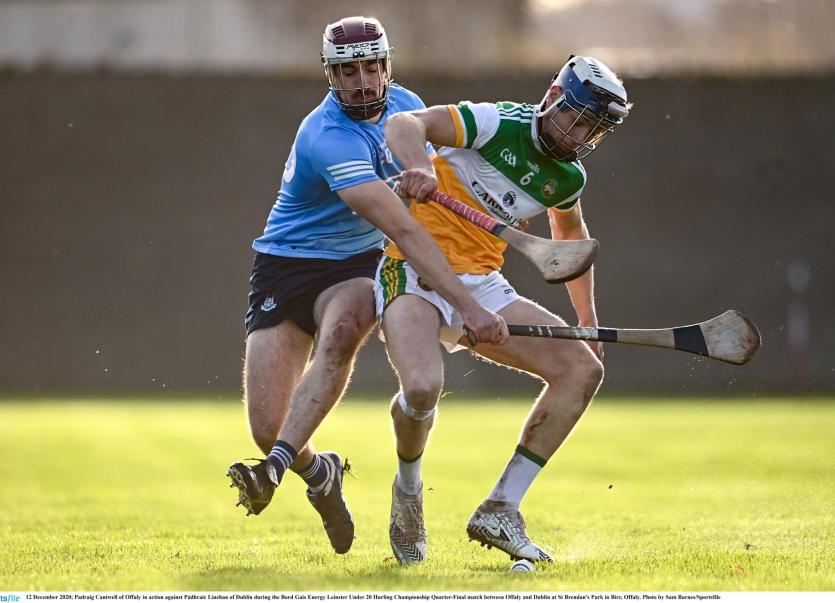 OFFALY have gone with an almost completely new team for Sunday's concluding National Hurling League Division 2A match against Wicklow in Baltinglass.

With promotion secured following very impressive wins over Meath, Kerry, Carlow and Down, the Offaly management have decided to field what is essentially a second string side.

Only one of the team that started in last Sunday's very impressive 5-25 to 1-19 win over Down have been named and many of the team will be getting their first game in the league. Joey Keenaghan of Clodiagh Gaels is the only starter named again, Wing back against Down, he will anchor the defence at centre half back. Keenaghan had went off injured in the opening minutes of the league opener against Meath. He looked a bit ring rusty at times last Sunday, though he tried very hard, and management have decided he will benefit from another game.

Jordan Quinn has been given another opportunity and will line out at full back. He was replaced at half time in the win over Carlow and didn't get on last Sunday. Offaly's most experienced player, Shane Dooley will be full forward where he will be flanked by two young players, Morgan Watkins and Luke O'Connor – it will be Watkins' first game of the campaign.

With the Christy Ring Cup imminent and Offaly having come through an energy sapping campaign, Michael Fennelly has decided to rest most of his first choice players. Indeed many of them have been left off the bench as he gives match day experience to others. He has kept a number of established players in reserve should the need arise, including Ben Conneely, David King, the inform Liam Langton, Leon Fox and Brian Duignan. Jason Sampson, who got three fine points and had a super first half against Down, is also named on the subs bench.

Scoring machine, Eoghan Cahill, defenders Ciaran Burke and Killian Sampson, midfielder Ross Ravenhill and forwards Oisin Kelly and Shane Kinsella are among the normal starters not named on the panel.

Wicklow have been the whipping boys in this division, losing their opening four games. They will be hoping to be competitive tomorrow and it will be interesting to see how the new Offaly players play. Goalkeeper Stephen Corcoran, Padraig Cantwell and Morgan Watkins are playing their first game of the league and others may also get their chance, depending on how the game progresses.

Offaly will be respecting the Wicklow challenge and management will be demanding that the players perform and avail of the opportunity to impress. Offaly play Sligo in the Christy Ring Cup on July 3 and this gives fringe players a chance to play themselves into contention for a starting or panel place.